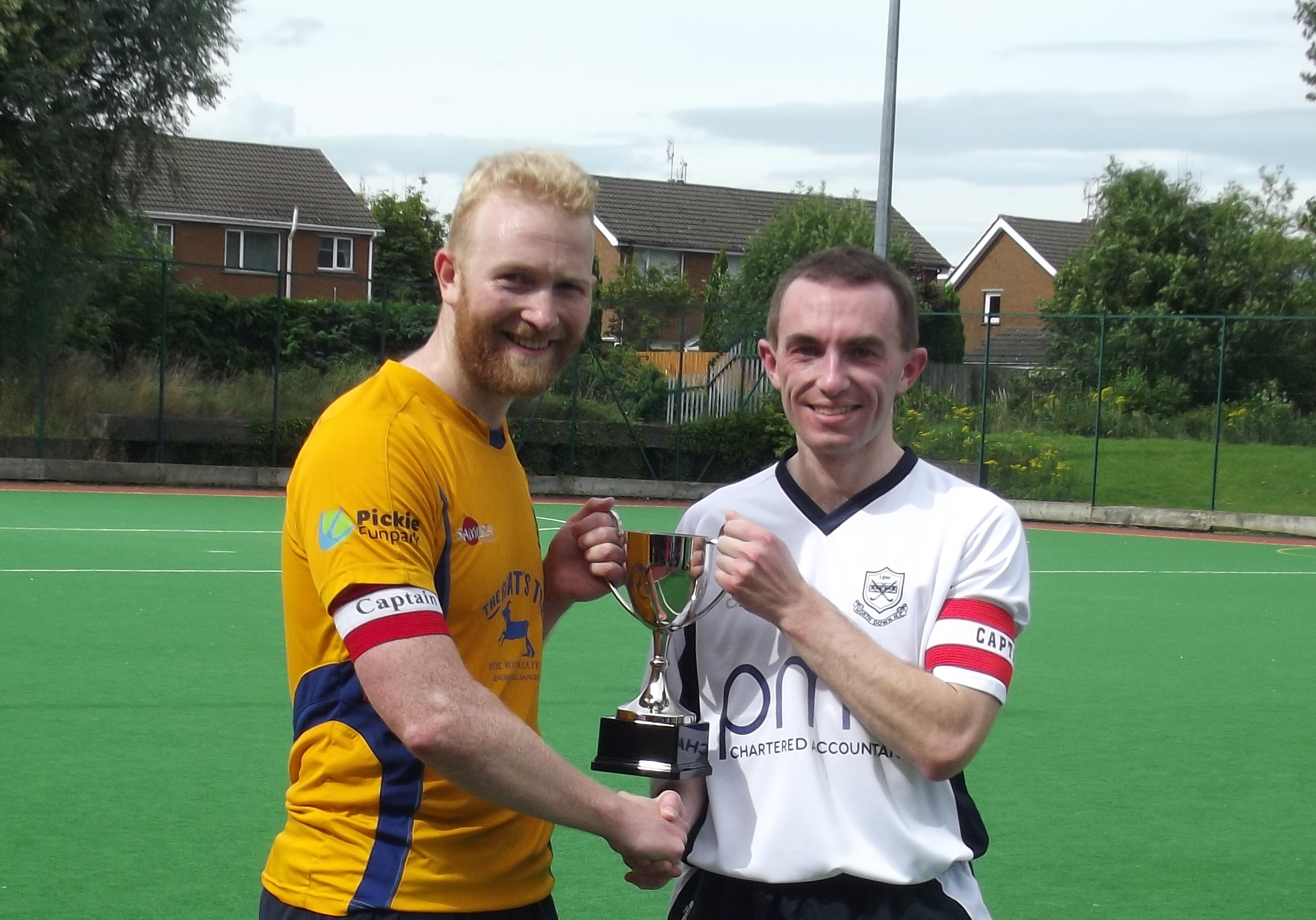 The men’s first eleven played their first friendly of the new season at Enler Park yesterday.  It was the inaugural fixture of what will be an annual charity game against Bangor in memory of Brian Davis who coached at both clubs.  All proceeds from the games will be donated to the Marie Curie cancer charity and a trophy, purchased jointly by both clubs, will be held by the winning team.

The game was played in great spirit in warm conditions and North Down got off to a sensational start scoring three times in the opening four minutes.  Michael Black’s goal in the 31st minute made it 4-0 after some debate as to whether the ball had crossed the line or not.  There was no further scoring in the second half and at the end of the game Bangor Chairman Raymond Parker presented the trophy to winning captain Ross Linter.

The fixture drew a good crowd of spectators including Brian’s wife Rosemary and the sum of £360 was collected on behalf of the Marie Curie charity.