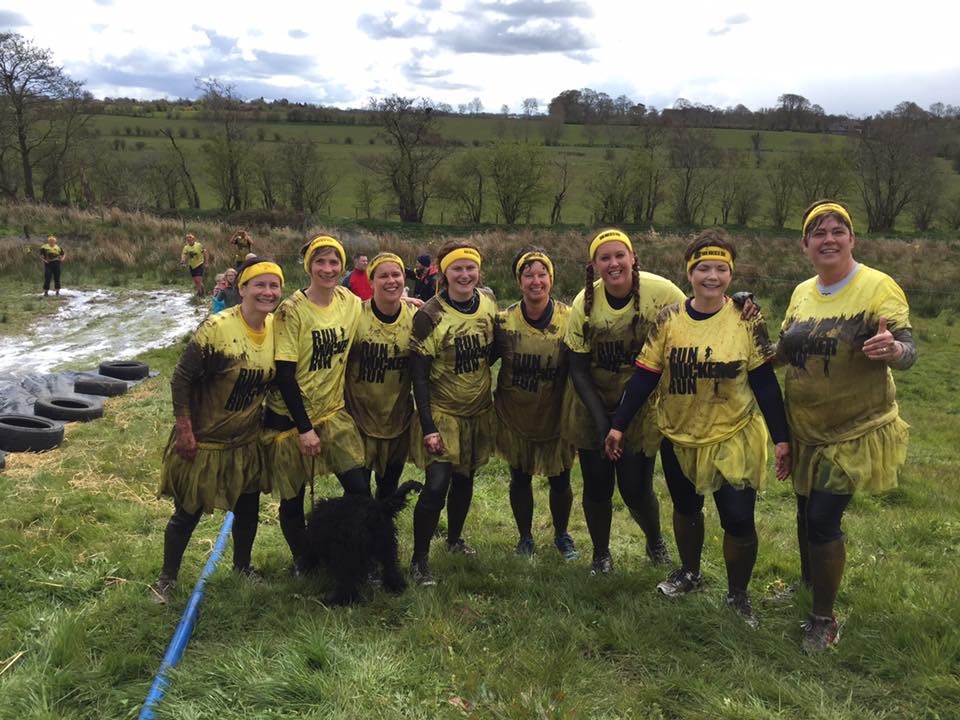 The weekend saw a variety of activities for #oneclub members.  The mens seconds secured promotion back to Junior One with an 8-1 demolition of Raphoe seconds at Enler Park with Josh Gilmore adding 4 goals to his tally.  He was presented with his Goalscorer of the Season trophy after the game by stand in captain Andy Walls.

Meanwhile, the real skipper Stevie Magee was in Dublin assisted by Phil Dorian in captaining the Ulster team and winning the O45s Inter Pro Masters title undefeated.  Not to be outdone, Julie Fisher captained the O45s Ulster ladies likewise undefeated to their title and Allen Irwin did the same for the O40s Ulster team as captain. (Not to mention Jonty!).

A hardy team of ladies fourths and fifths took on the Ballymoney Mud Run on Saturday and some returned to take part in a memorial golf day at Mahee on Sunday.  The weekend then finished with the cricket club’s Beer and Cider Festival.

All this and the Anderson Cup semi final awaits on Wednesday!