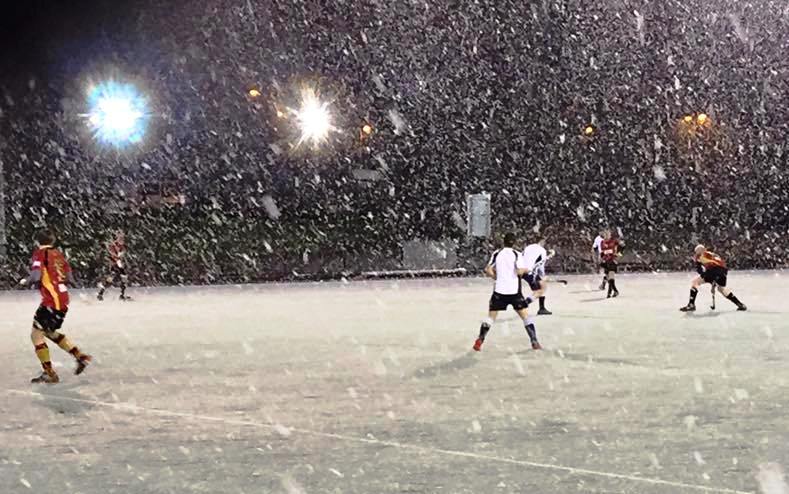 Friday night white-out at Banbridge for the 2s courtesy of the hockey’s prince of darkness Mark “Marky Fo” Forrest. If you want a game postponed get the Lesser Spotted Forrest (distinct from the Practically Never Spotted Stephen Forrest) on the team sheet and job done.

Thirty chilly minutes was enough time to see eccentric X-Boxer and first time clean-sheeter (for the 2s anyway) Benjamin Bond make a claim for and then be cruelly robbed of a potential MVP by our in-house Lord of Postponement.

He doesn’t know who they are (they’re forwards Ben). He doesn’t know what they want (goals Ben). He doesn’t have any money (all spent of Xbox Live no-doubt). But what he does have is a very particular set of skills, skills he has acquired over a very short career (he’s 16?). Skills that make him a nightmare for people like forwards (see above). If you leave his circle now, that will be the end of it. He will not look for you, he will not pursue you (the kit makes it awkward). But if you don’t he will look for you, he will find you, and he will boot you out of his circle. Three times if required.

Mr. Forrest is available next week boys so feel free to plan some Crimbo shopping and we’ll meet refreshed the week after when he’s back on the beat.