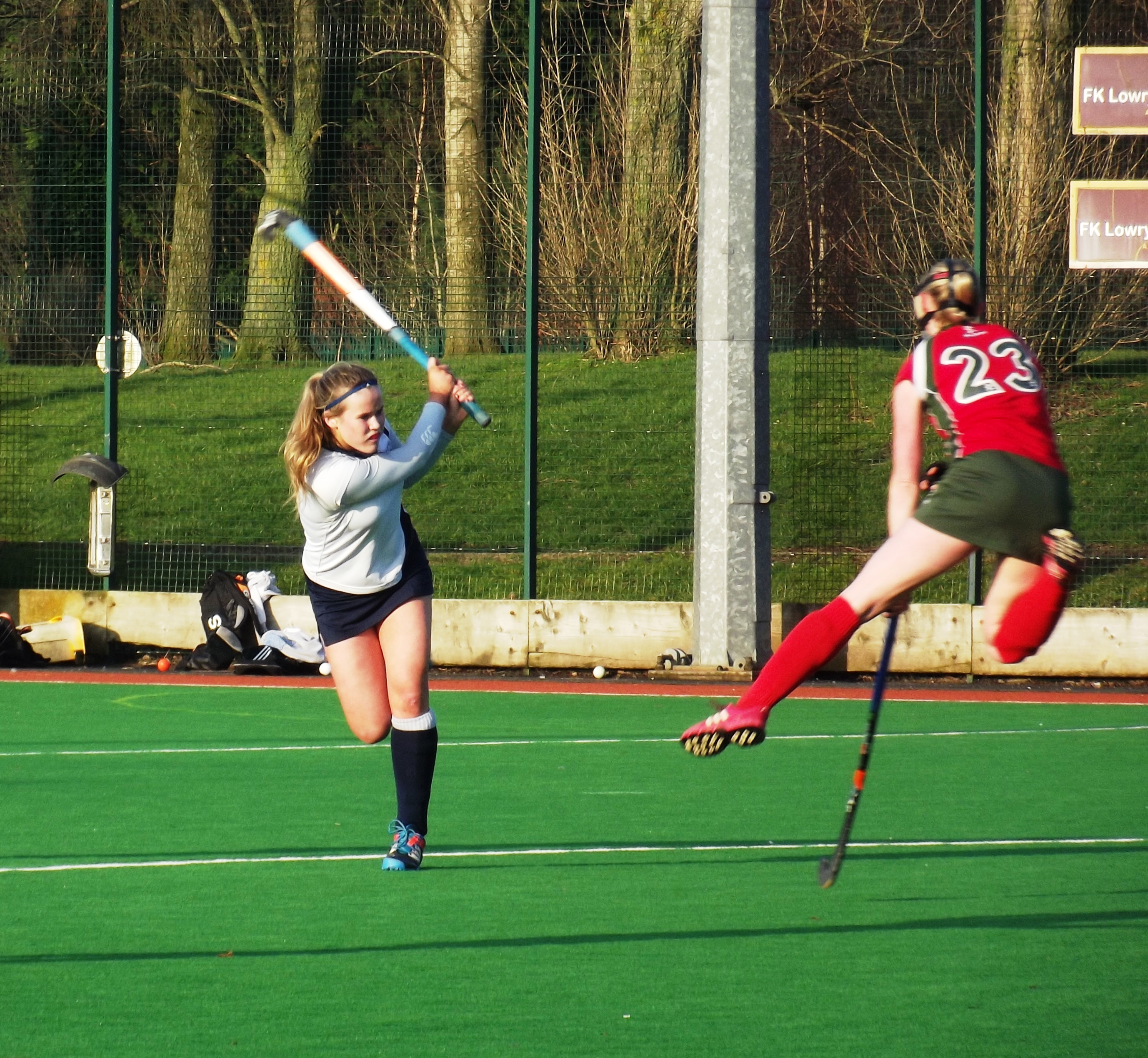 Five weeks since their last competitive match North Down ladies finally returned to action last Saturday against Knock at Comber. With only 4 games remaining the home side knew that 3 points and a good performance were a must to keep their promotion aspirations on track.

North Down started well and looked sharp despite their lack of recent game time. Caitlin Young, Lauren Brown and sister Olivia were linking up well on the left hand side and centre forward Katharine Hill was causing problems driving through the middle of the pitch. A sustained period of pressure from the Comber girls saw them win a short corner. They made a good use of a variation and Olivia Brown broke the deadlock to keep her four game goal scoring streak going. Only 5 minutes later North Down doubled their advantage when they again converted from a short corner, this time it was Selina Lewis who did the damage.

Knock came into the game a little more after this but could not make any significant inroads towards the home sides circle leaving keeper Laura Irwin a spectator for the entire first half. Not wanting to rest on their laurels North Down continued to push forward and almost went further ahead when Hill crossed for Rachel Lucas but her effort was saved by the goalkeeper. Olivia Brown also had a chance but she just couldn’t quite get the ball out of her feet before being smothered by the goalkeeper. Finally the third goal came when Hill, who had been threatening all game, danced along the backline before sliding it past the keeper at the near post to make it 3-0 at half time.

Knock came out strongly in the second half but the North Down defence was well marshalled by Rachel Mornin and Bethan Brittain in the middle. Laura Irwin was finally called into action and despite this being her first involvement showed her concentration was at 100% as she had to make a sharp save to her left. This was swiftly followed by two more confident stops as Knock looked to fire in early snap shots when they could get the ball into the circle. North Down came away unscathed and began to build good spells of possession. With the game looking comfortable coach Geoff Colligan used the opportunity to give all his squad game time after their long break and try personnel in different positions. North Down could have gone further ahead when a Katharine Hill through ball found Rachel Lucas unmarked and in the clear but she was chopped down by the Knock goalkeeper and a short corner awarded when a penalty stroke perhaps seemed more appropriate. Again North Down used a variation but Bethan Brittain could not get the final touch at the far post. Finally the fourth, final and best goal of the game came with 5 minutes to go. North Down used a defensive hit out to swing the ball from the left all the way over to Louise Speers at right back, she played the ball early up the line where it was neatly picked up by Lewis on her reverse, she moved it on to Rachel Lucas at right wing who used her pace to carry the ball around the outside and along the back line before crossing for a diving Hill to deflect the ball on her reverse. From one end of the field to the other and finished in 5 passes, a well worked team goal making the final score 4-0.

The girls now have 3 games left and travel this Saturday to face a Ballyclare side which will have been buoyed by a 3-1 win against Ballymena at the weekend.