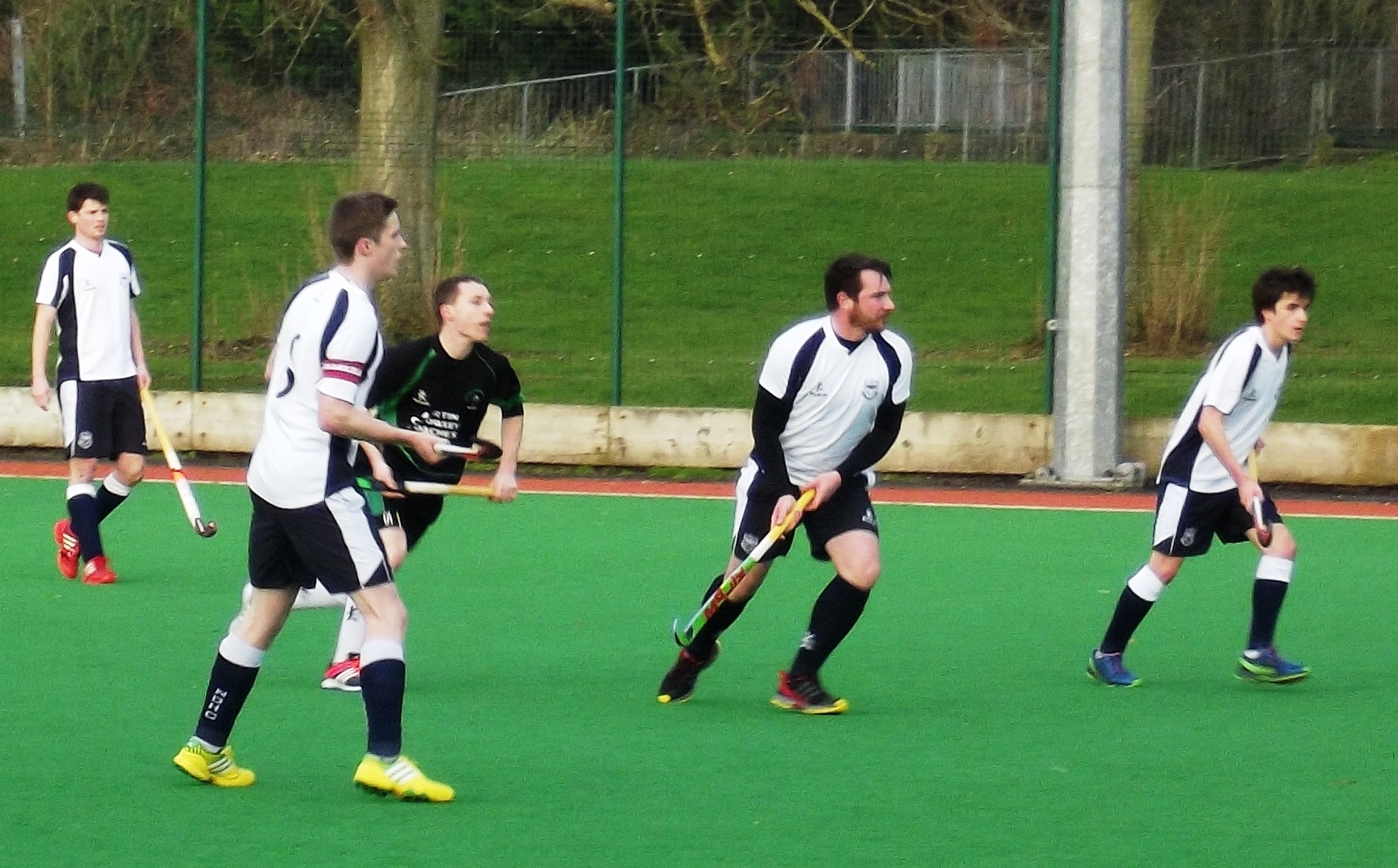 For the third year in a row North Down were drawn to play Bandon from West Cork in the Irish Trophy.  The previous two games were close affairs with Bandon winning by the odd goal on both occasions.  With a home draw, North Down were hoping for third time lucky but again were frustrated by a late winner from the visitors.

Both teams played fast flowing hockey and play swung from end to end. The North Down goal had an early escape when a reverse shot from the top of the circle flashed off the post to safety. At the other end. a North Down corner was saved but the rebound fell to Tom Donnan but with the goal at his mercy the umpire blew for a free out.

North Down took the lead after 15 minutes when Rowan Poots expertly converted a short corner.  Neither side was able to breakdown two solid defences but on the stroke of half time Bandon were awarded a corner and although the initial shot was mishit the ball broke for an unmarked forward who beat Gareth McBride at his near post.

The second half continued in the same vein as the first with both sides probing for the all important opening but clear goal scoring chances were few.  Paul Adgey played a long ball from the back which found Bailie at the top of the circle and he slipped to Poots who was unmarked at the back post and he put North Down in front for the second time.  Bandon equalised midway through the half again from a short corner.  The routine was scrappy but the ball broke kindly and the ball was smashed home by Sweetman.

Both sides pushed for the winner but with time running out and extra time looking a possibility Bandon were awarded a corner.  Again it was Sweetman who scored a fine goal to give the visitors a decisive lead.  In the remaining 6 minutes North Down had nothing left in the tank and were unable to threaten the Bandon goal.

Bandon now progress to the semi final and we wish them well against either Raphoe, Fingal or Clontarf.