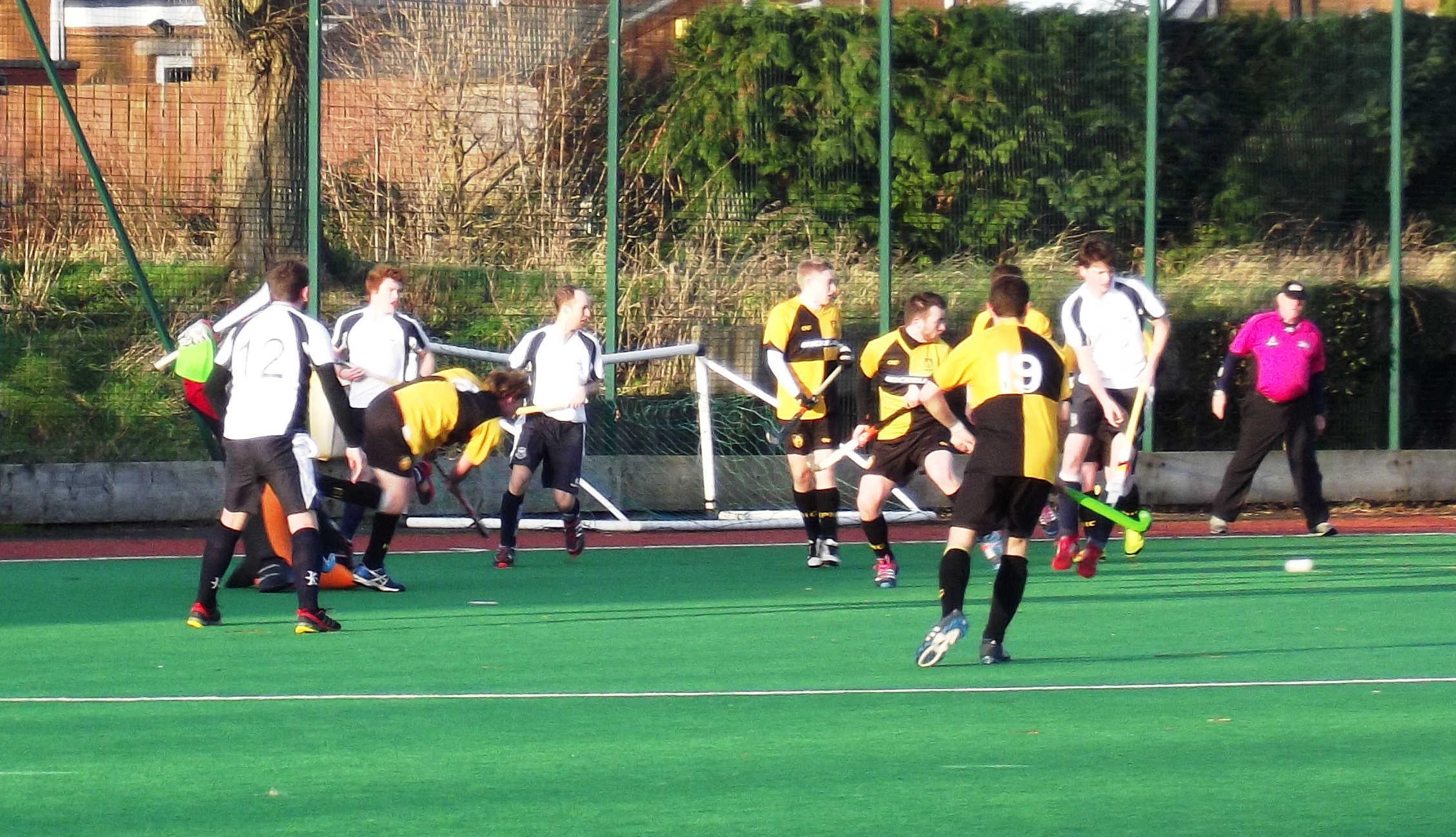 North Down resumed their league campaign last Saturday when they entertained Portrush at Comber Leisure Centre after the lengthy Xmas break.

The first half saw play confined to midfield as Portrush packed their midfield and North Down were unable to break them down.  They failed to play down the flanks and allowed Portrush to remain solid.  North Down’s only effort of note was when Rowan Poots met a cross and was unlucky to see his deflection rebound off the bar.  Portrush took a surprise lead midway through the half when a long ball was smashed into the circle.  The defence failed to clear and a forward got the vital touch to deflect past Gareth McBride.

A stern team talk at half time worked as North Down came out with all guns blazing at the start of the second half.  A long ball from Andy McGimpsey found Richard Willis and his cross found Gareth Bailie unmarked for him to slam home.   Minutes later North Down took the lead when Tom Donnan smashed a reverse shot into the net from the edge of the circle and the same player increased his side’s lead when he finished off a fine move from close range.  The home spectators settled back awaiting a further onslaught but it was not to be as Portrush clawed a goal back when the North Down defence again failed to deal with a long ball allowing a Portrush forward the opportunity to score to make it 3-2.  Poots, whose pace was causing all sorts of problems for the Portrush defence, restored the two goal lead when he added a fourth after beating several defenders before finishing calmly.  With 10 minutes remaining Portrush were gifted another goal as a result of poor defending and play swung from end to end in the final minutes however neither side was able to add to the scoreline leaving North Down winners by 4-3.

A substantial improvement in defence is needed in the next game at home to Portadown if North Down are to have an impact in the league this season.