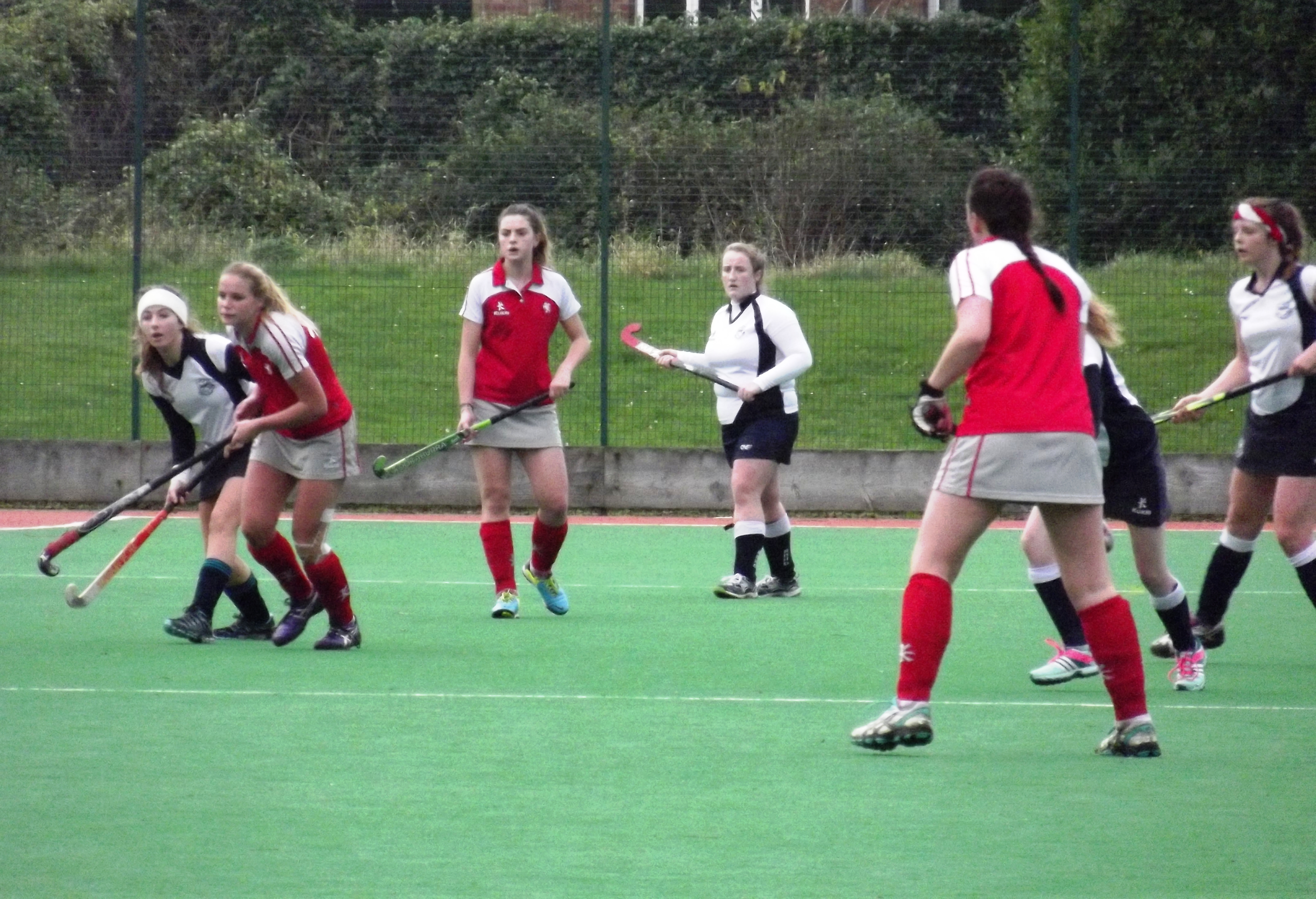 North Down thirds are halfway through their season and were back to playing Pegasus thirds last Saturday at Comber Leisure Centre.  Having beaten them 2-0 at the start of the season the ladies were confident of more success.

North Down started off strongly playing their own game of one two passes and applying pressure to the visitor’s defence. After having a few chances to get the first goal of the match North Down were awarded the first penalty corner of the game and took the lead with a straight strike from the top of the circle from Keri Portinga. The home side lost control for a spell and found themselves defending their own circle for a long time. Pegasus won their first penalty corner and evened the scoreboard with another straight strike from the top of the circle. Pegasus continued to fight for a second goal but sweeper Rebecca Walker cleared each ball with ease. North Down finally came back into the game and spent the remainder of the half looking in vain for their second goal but it was all square at half time.

Play was very much even throughout the second half and each team had their fair share of possession. Pegasus fought hard to get ahead and after a number of penalty corners they were awarded a penalty stroke after defender Kathryn Rogers stopped the ball with her foot on the line. Goalkeeper Linda Marshall saved the flick with ease and shortly after North Down were back to their attacking ways. The home team’s second goal came when left wing Judith Orr, who had been previously sent off, sliced the ball over the top of the goalkeeper who made a terrific save only for right wing Sacha Bell to pop it in past her left foot. North Down were determined to keep the lead and the home team’s defence broke down any form of attack by switching the play of the ball and passing it round the back. North Down finally secured the 3-1 win when Britney Hogan dodged a number of Pegasus defenders and placed the ball firmly in the back of the net.

Player of the Match: Britney Hogan