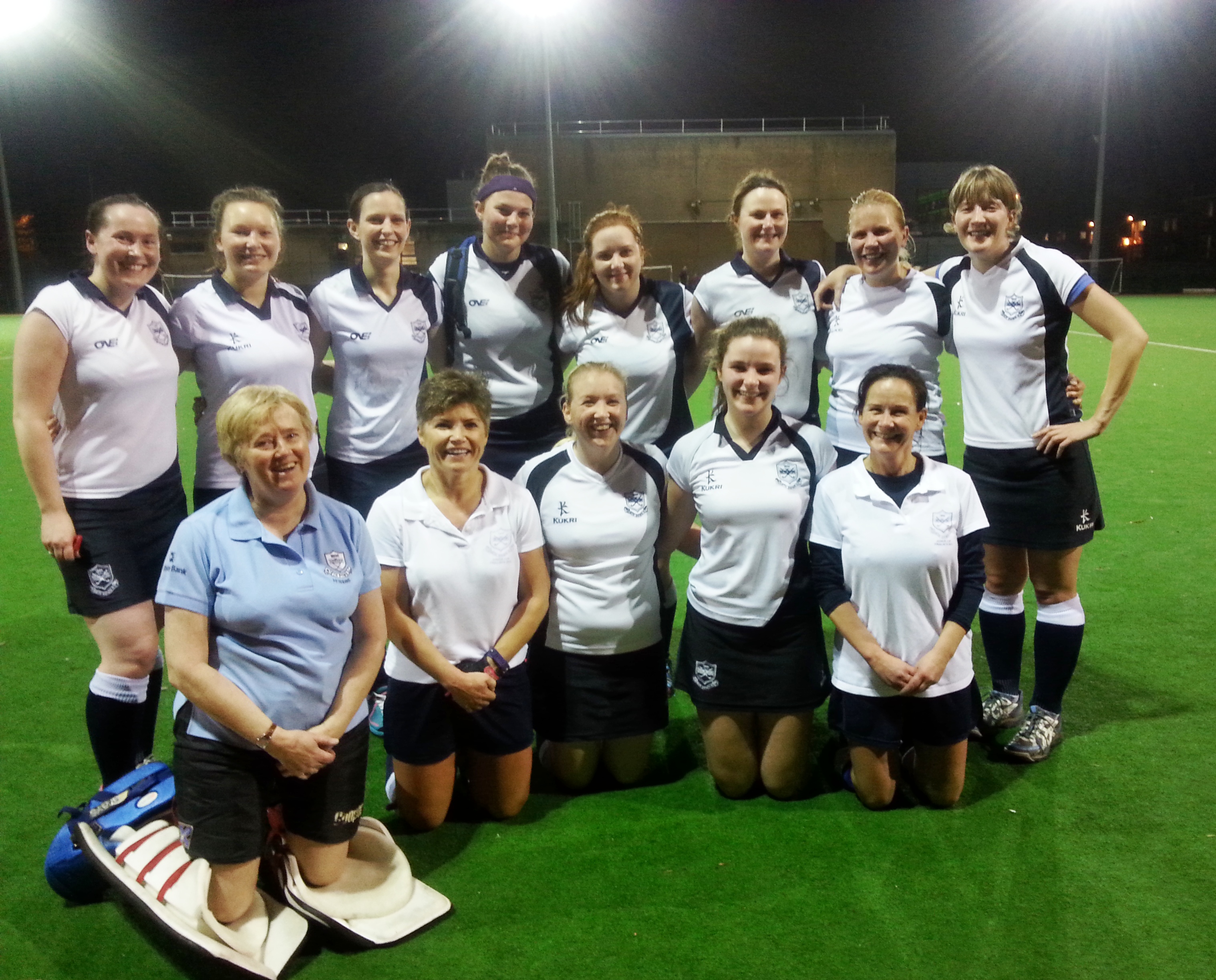 On Saturday the ladies seconds welcomed Omagh seconds to Enler Park for a 4pm passback. With North Down conscious of maintaining their unbeaten league record they were fully prepared for a tough match.

Both teams started out shakily and for the first 5 minutes neither team settled. Eventually it was the sister act of Naomi Mitchell and Natalie Strain which got the scoring under way when Naomi played a great cross to the back post for Natalie to finish off. This finally got North Down picking up the pace. With great play down the right of the pitch Claire Macquarrie produced a great cross to find Julie Fisher who ever so calmly put away a reverse shot to take the Comber girls to 2-0. However they weren’t finished as just before the half time whistle Kathy Taylor working tireless in centre mid produced Ali Millar with a chance which she grabbed with both hands sending the backboard rattling to make it 3-0 at half time.

A positive team talk at half time sent the home team out in search for some more goals. With good work in the circle the Comber girls earned a short corner with a shot being saved on the line by a defender’s foot a penalty flick was awarded for the home side. Julie Fisher stepped up and added a second goal onto her tally. Omagh had no intention of giving up and with a quick break and Linda Marshall quick off her line the visitors sneaked a ball around the keeper only to see the ball being pushed off the line to ensure North Down retained their clean sheet. This was a wake up call to North Down and served to concentrate their minds! A ball received by Amy Jones on the half way line found its way to Ali Millar whose return pass was swept into the net by Jones. A lovely movement on the right saw Claire Macquarrie with space to run straight in to the circle for a quick strike to take the girls to a 6-0 lead. However this still wasn’t enough and just before the full time whistle, the seconds managed to gain a short corner in which Ali Millar added a second goal to her tally and rounding up the game for a 7-0 win.

Big thanks to Sam Brown and Beverly Brittain for umpiring.

Player of the Match:-Ali Millar