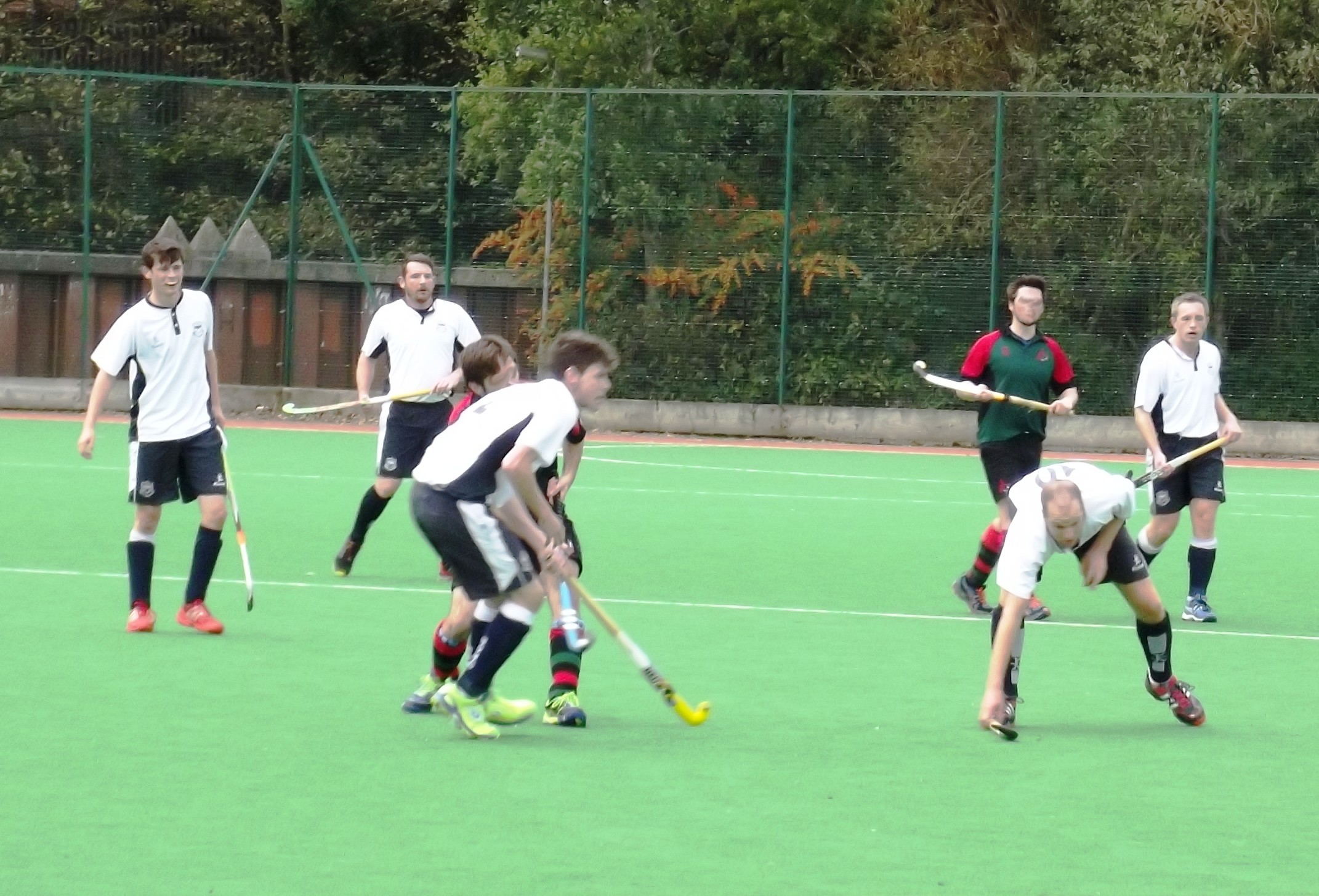 North Down entertained PSNI in a league fixture at Comber Leisure Centre on Saturday and dominated the game from start to finish with home keeper Gareth McBride failing to touch the ball in the entire 70 minutes. North Down finally ran out convincing winners by 10 goals to nil.

PSNI were happy to put players behind the ball and defend in numbers and although North Down scored twice early on they struggled in the first period to convert their possession into goals. Their play was too concentrated in the centre of the pitch allowing PSNI to defend the circle. In the second period with PSNI legs tiring North Down began to find more space and scored the goals that their possession deserved.

Philip Wilson opened the scoring after 3 minutes with a rasping shot into the roof of the net and shortly afterwards Tom Donnan added the second when he finished off some good team play. There was disappointment for the spectators who were settling down to a feast of goals for despite all the pressure, North Down failed to add to their tally in the first half. The PSNI keeper made some fine saves but the North Down forwards were trying to walk the ball into the goal and more often than not, eventually lost possession.

A stern team talk at half time focused the players on the task in hand and their finishing thereafter was much more clinical. Two goals each from Bailie and Poots and further goals from Donnan, Shepherd, Dalzell and Forrest completed the rout. To their credit, the PSNI team fought right to the end. It can’t be easy competing in a league where they are often out of their depth. For North Down this was a pleasing result which will help increase confidence but a much stiffer encounter lies ahead this Saturday when they travel to Bangor at the Aurora Centre.