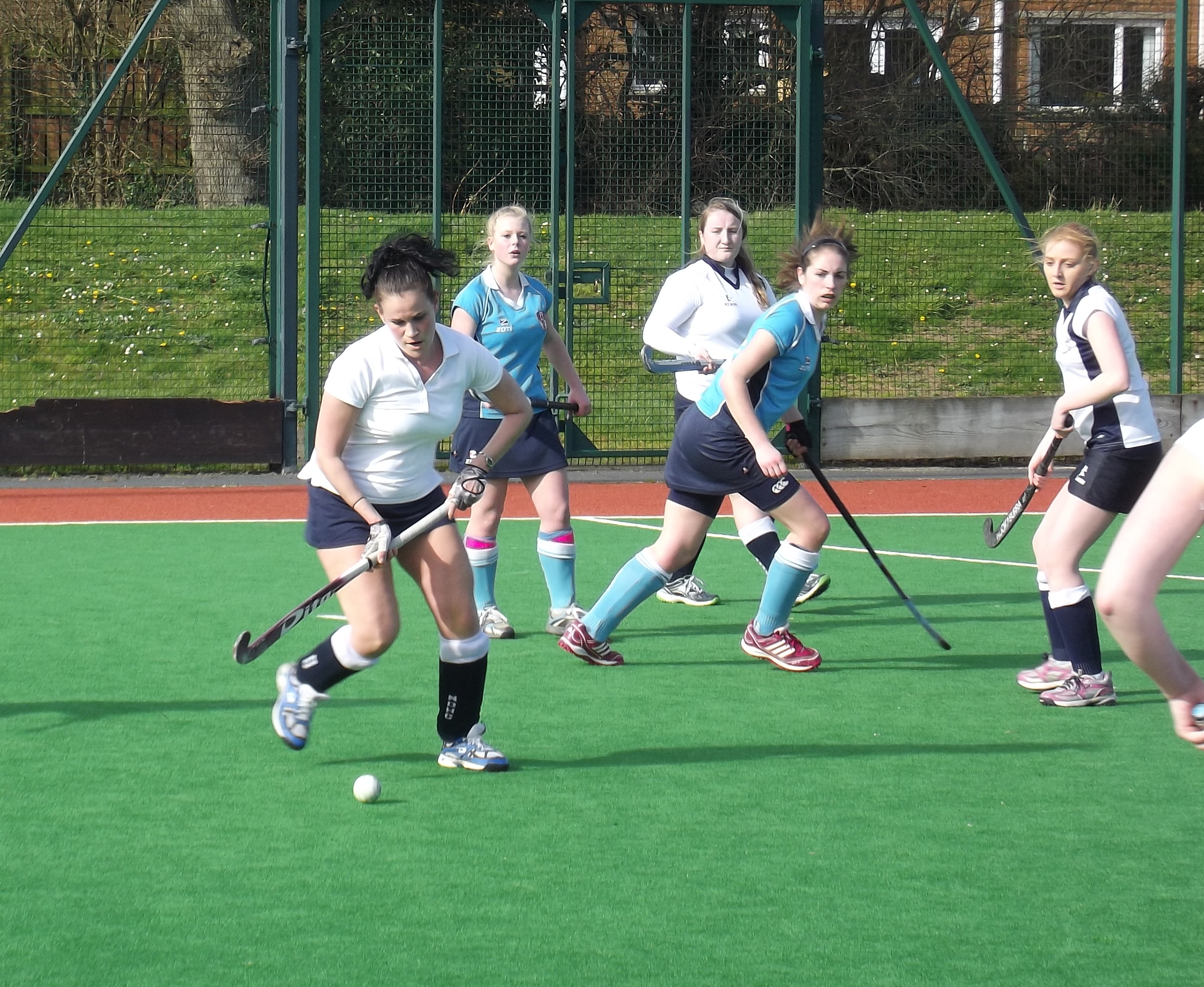 On Saturday the ladies thirds played their last game of the season against top of the table Ulster Elks thirds, the teams having drawn 0-0 earlier in the season. After some early pressure from the Elks, North Down eventually settled and gave the visitors’ defense a run for their money with some shots on target. The Elks were quick on the ball as they aimed for the opener but their efforts failed due to excellent defending from the back four where Rebecca Nield, Keri Burnside and goalkeeper Linda Marshall were dominant. Following an Elks hit out, Rachel Murray took a worrying deflection to the head but she was able to resume after treatment. Moments later, North Down went ahead

when they won a penalty corner and Keri Burnside cracked the ball into the back of the net.

At the start of the second half North Down were determined to keep their lead but the Elks were faster to the ball and quicker on the break and this paid off as they finally equalised. Following a free at the half way line, the ball was met at the top of the circle and driven into the top corner of the net narrowly missing defender Kathryn Rogers’ head. Linda Marshall in goals did well to avoid it! The Elks quickly notched a second goal and were looking comfortable at this stage despite the best efforts of Sacha Bell and Natalie Strain up front. North Down equalised through left wing Strain but as the game progressed the Elks fitness levels shone through and they finished well on top with another two goals, the final score finishing at 4-2 to the visitors.

Player of the Match: Natalie Strain