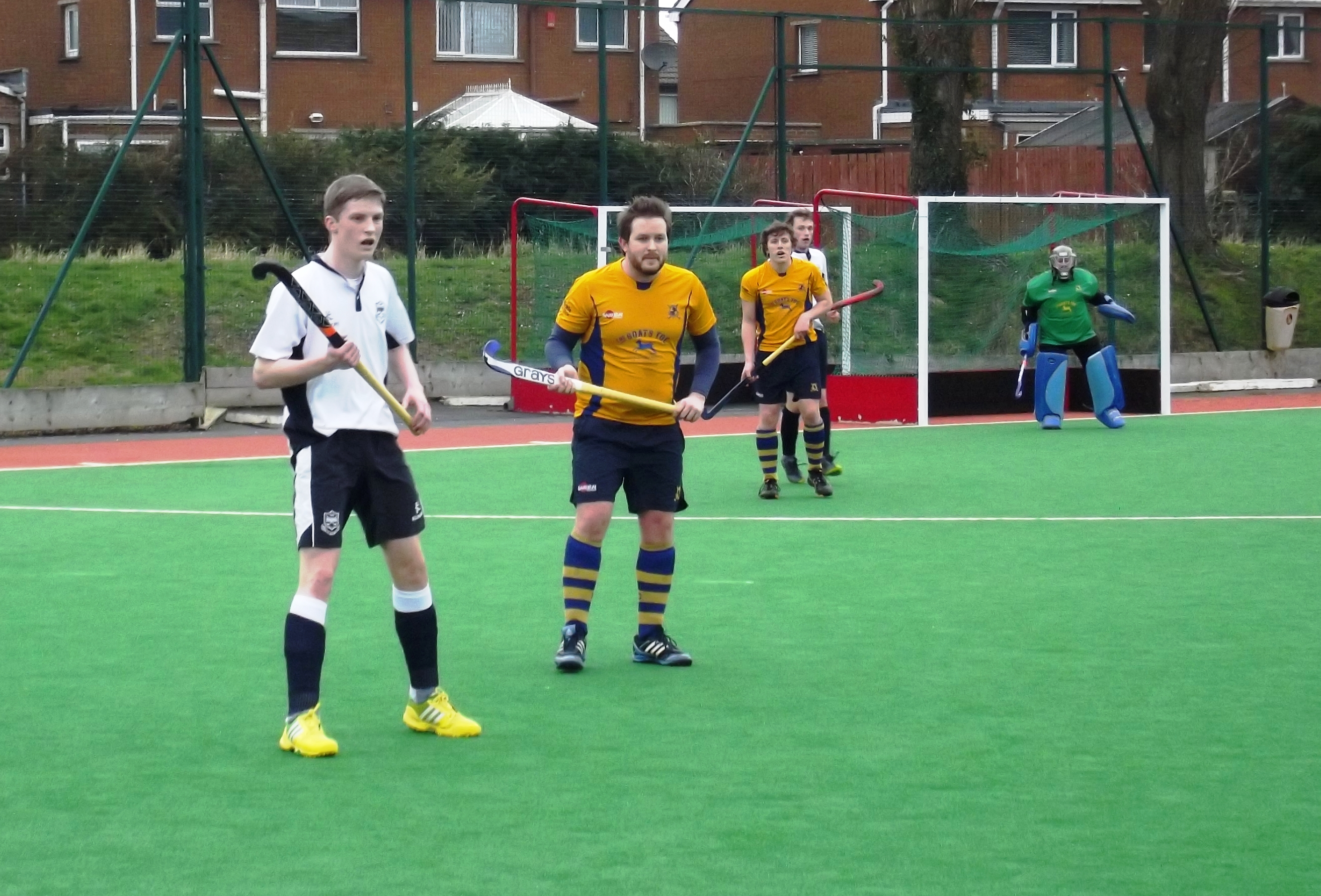 A convincing 6-1 victory over neighbours Bangor at Comber last Saturday secured a playoff against either Civil Service or Raphoe for the final place in next season’s Premier League.

North Down dominated the game from start to finish and could have won by more goals with more clinical finishing particularly in the first half.  After 10 minutes North Down took the lead after Tom Donnan had a fierce reverse shot saved by the keeper but the ball broke kindly to Paul Ritchie who slotted home from 6 yards out.  Shortly afterwards they were two up when Andy Forrest drove into the circle on the left and shot home from a narrow angle.   David Shepherd was unlucky when his effort from a short corner rebounded off the post to safety.  Bangor had a few breaks themselves but Gareth McBride was on his toes to keep them out.

The floodgates opened in the second period.  Shepherd increased the lead with a well executed short corner but at the other end in a rare attack Bangor won a corner and Trimble flicked past McBride to keep them in the game.  Andy Forrest at the other end drove the ball into the circle and Watt got the faintest of touches to deflect the ball past the Bangor keeper to restore their 3 goal cushion and in a rare excursion into the visitor’s half Michael Black exchanged passes with Forrest before slamming home from the edge of the circle for his first goal of the season.  Gareth Bailie playing his first game since breaking his hand completed the scoring when he converted a short corner switch at the back post.

North Down have one league game remaining against Queens on 15 March.  Their next game is the Quarter Final of the Irish Trophy against Bandon in Cork on 8 March and then the play off on a date yet to be confirmed.  Quite an exciting set of fixtures to look forward to.