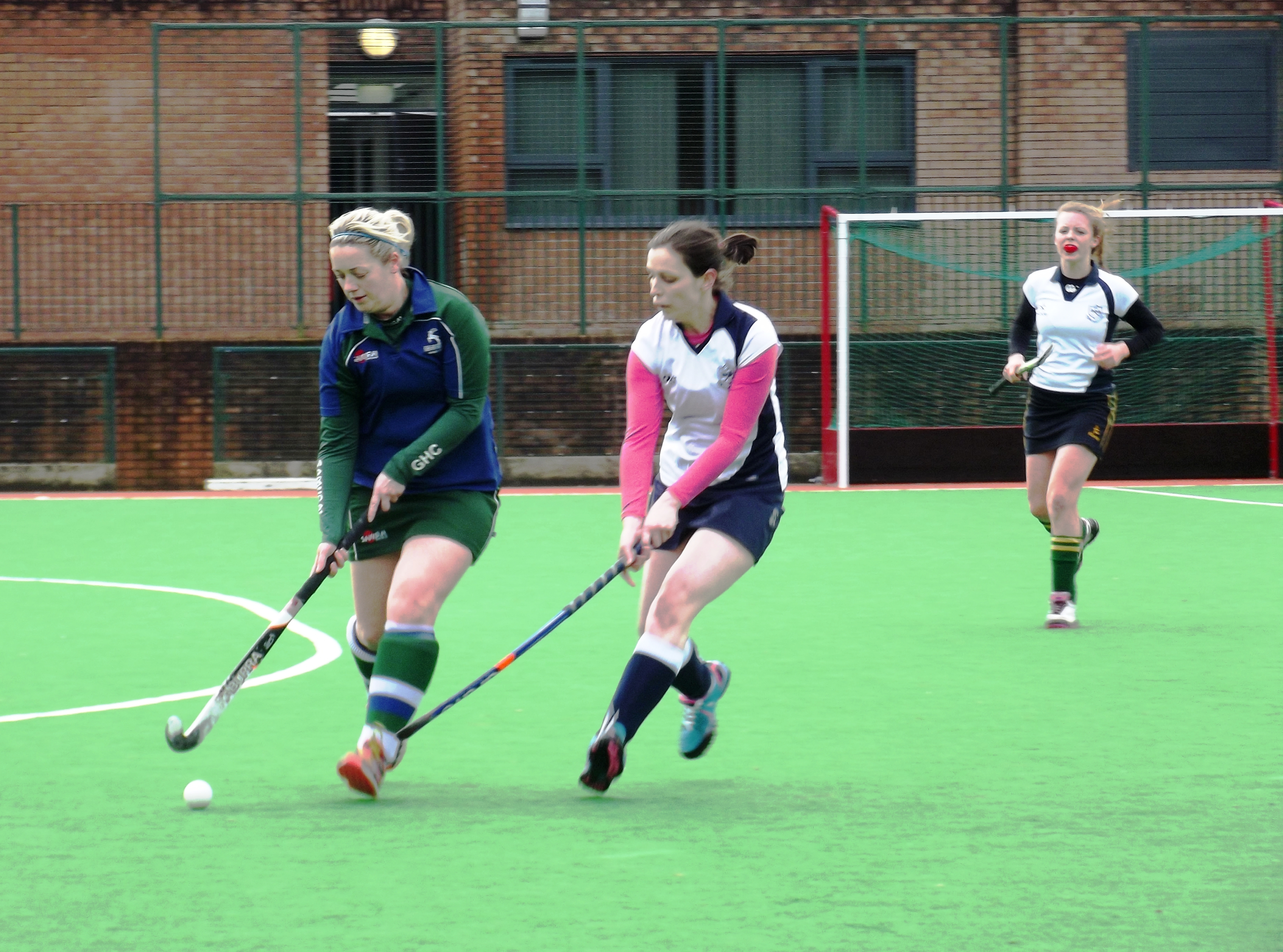 On Saturday North Down 2nds welcomed Grosvenor 2nds to Comber Leisure Centre and with the last meeting of these two teams resulting in a slim one goal win to Grosvenor the Comber girls were seeking revenge.  As the team featured a number of changes from the normal starting eleven, including the loss of their top scorer, the seconds knew this was going to be a challenge.

Grosvenor started as they meant to go on and straight away with their quick passing were first to every ball and put the home side under pressure. Natasha Morton was welcomed back from injury with a great performance in nets  She commanded her circle excellently and leaving her line when needed proved essential in keeping the Comber side in the game. As usual her defensive team around her proved strong with Rebecca Walker timing tackles perfectly to cut out any counter attacks and Karen Moore cutting out any attacks down the centre of the pitch as wide defenders Judith Orr and Karen Jackson held the speedy Grosvenor wingers out of the circle. Grosvenor had the majority of the play in North Down territory for most of the first half but sterling defensive work meant that the Comber girls went into half time still in the game and with a chance.

Grosvenor changed their team around at half time in the hope of making a difference and North Down did the same with Ali Millar coming on up front.  This variation gave more attacking chances for the seconds, Millar linking well with Naomi Cooper in her debut for the team. However Grosvenor defended well with their midfielders working back to help their defence for most of the game to keep a clean sheet. The stalemate continued with neither team actually looking like scoring but this was a good result for the home side who gained a well earned point keeping the league leaders Grosvenor from yet another win.

Player of the Match: Karen Moore