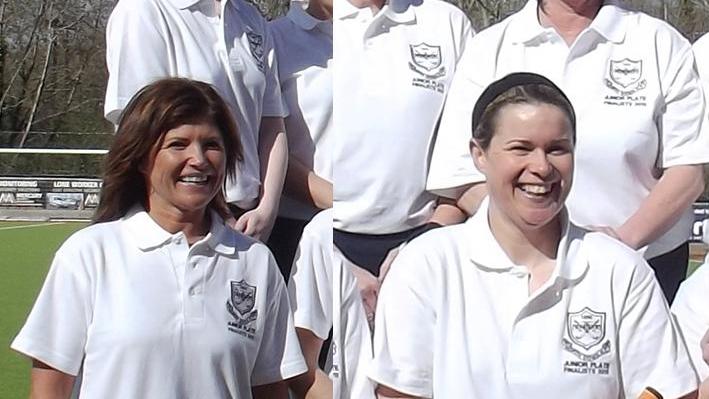 North Down fourths travelled to Ballymena thirds to play the third match scheduled between both clubs last weekend.  It was a late start at the Showgrounds and with it brought very cool temperatures.

From the outset North Down took control and applied pressure, winning corners and forcing the Ballymena keeper into action.  With less than 10 minutes on the clock, North Down scored.  Emma Gowdy passed the ball across the pitch to Lynsey Stevenson in the circle where she made no mistake and from a tight angle shot past the keeper into the net.  Minutes later and goal number two came from the same duo only this time Emma scored from a cracking shot at the top of the circle that whistled past the keeper like a rocket.

North Down continued their spell of pressure with great work in midfield and the energy from the youth up front kept Ballymena on the back foot.  Shortly before half time, the visitors scored their third of the match.  Julie Fisher broke through into the circle and from the edge scored from a reverse stick shot.

With a quick turn round at half time the second period saw North Down’s defence tested.  The home side had stepped up a gear but great first time sweeping clearances at the back from Maxine Taylor left Linda Marshall in goals with only a few but important saves to make.  Meanwhile the back trio all connected and covered extremely well.

With some changes that brought fresh legs on the pitch, North Down scored their fourth and final goal of the match.  This came from tight goal mouth action and after several touches the ball finally crossed the line – a combination of at least four players but the last touch came from Catherine Douglas!

Player of the Match: Lynsey Stevenson