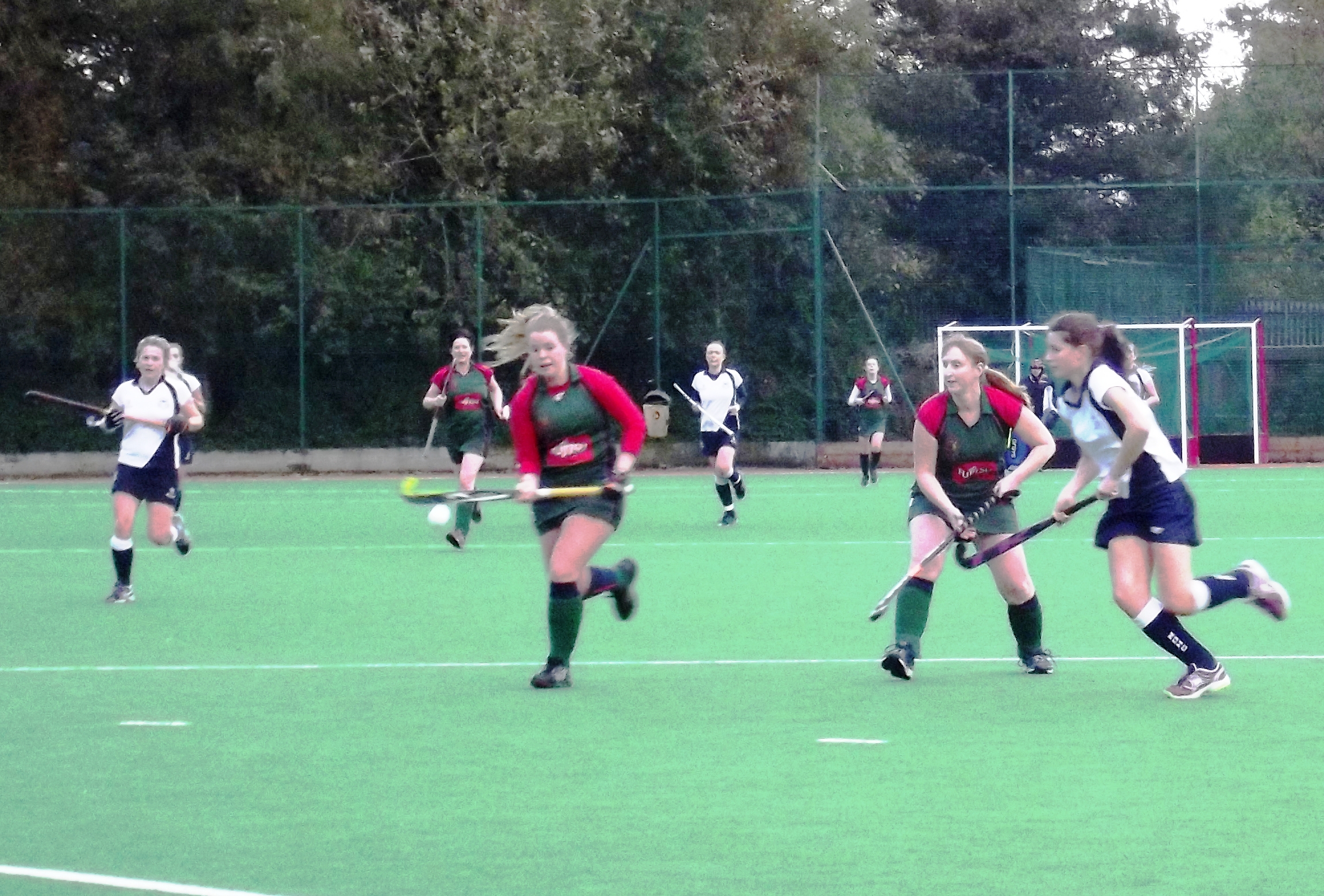 After a two week break due to fixtures and weather, a rejuvenated first XI took on local rivals Civil Service at Comber Leisure Centre at the weekend. After suffering a defeat to them previously in the cup, North Down were looking to make amends and get all three points so nothing short of a win would do.

North Down started by immediately gaining possession after a Civil Service pushback. They applied solid pressure to the Service goal right from the offset and took the lead early on. The first goal game from quick, fluid passing from the home side creating space on the right for a darting run from Bex Mitchell who crossed the ball into the circle for Shannen White to put away.

North Down moved the ball well and continued to pile the pressure on. They played to their strengths by attacking on both flanks and won a series of penalty corners however, none was converted.  As the weather turned nearing the end of the first half, so did the flow of the game with Civil Service beginning to attack the North Down goal. A series of short corners were well defended by Mitchell, Brown, Brittain, and Hutchinson with Chrissie McKee pulling off a fine save to keep North Down in the lead at half time.

A rainy second half began just as the first with North Down doubling their lead within minutes. Quick, short passing up the right hand side left the composed Laura Clarke with the ball in front of goal which was calmly slotted past the opposition keeper. This shocked the Service side who resorted to using less than clean tactics and the game became as rough as the weather. However this didn’t halt North Down’s attack and when they won a penalty corner, Bethan Brittain did well on the left post to put the ball in the back of the net under pressure from a Service defender and the keeper.

Sitting comfortably at 3-0 North Down continued to press high however this left them open at the back for Civil Service to break through. North Down did a decent job of recovering but gave away a short corner in the process. Again, well cleared by the defence but Service kept coming back at them winning another three short corners before converting the fourth bringing the score to 3-1.

Another attack from Service almost identical to the previous one lead to another series of short corners. The defence were strong but Service managed to get another one back. With the score at 3-2 it set up a rather nervous last 8 minutes for the home side but they held on even after losing a player to the sin bin for indiscipline. With the final score 3-2 to North Down, they go away with all three points leaving them sitting third in Senior One ahead of their clash in Ballymena this Friday night.

Player of the Match: Laura Clarke