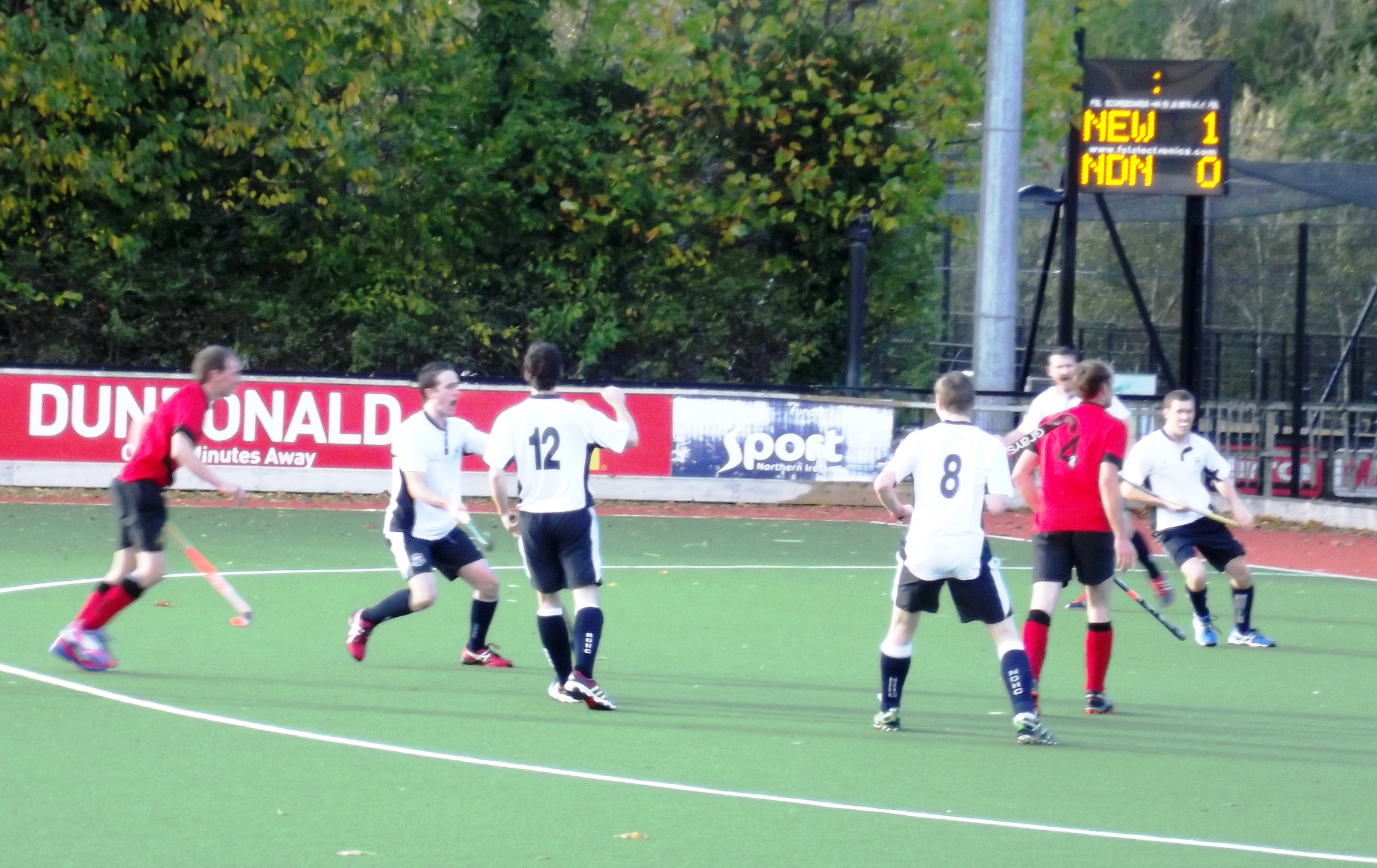 An evenly balanced Linden Cup semi final at Stormont today was ruined by over zealous umpiring.  Newry ran out 4-1 winners but only dominated in the last fifteen minutes after North Down were reduced to 10 men when Andy McGimpsey received a red card on the strength of two yellows.  Only one green card was shown in the whole game, the umpires obviously having decided that yellow was to be the standard for the slightest offence.

Newry started the sharper of the two teams and went ahead on 2 minutes following a disputed short corner.  North Down gradually fought their way back into the game and during a mini cloudburst on 25 minutes almost equalised when Tom Donnan hit the bar after a mazy run.

Chris Speers finally equalised 10 minutes into the second half from a penalty corner and for a while Newry were rocking on their heels.  However the pattern of play was disrupted by players of both teams getting bench time from the whistle happy umpires and eventually on 55 minutes Andy McGimpsey was dismissed for a second yellow.  This was Newry’s moment and they capitalised on the extra man when they soon went 2-1 ahead.  This was followed by a farcical moment when Newry were awarded a goal following a penalty corner which struck a side stancheon wide of the goal, the ball ending up nestling outside the back of the net.  This just about clinched it for Newry and they added a fourth goal just before full time.