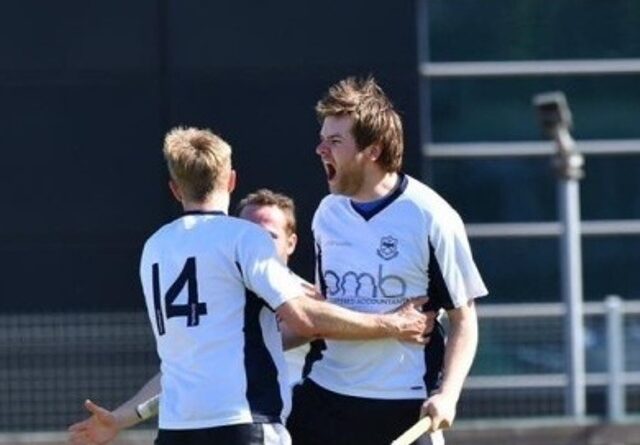 North Down thirds travelled to take on high flyers Lisnagarvey fourths on Saturday. Sitting at the opposite end of the table, and rightly in a relegation battle, the thirds knew they would be in for a tough match despite a 4-0 home victory in October.

Setting up a three quarter press frustrated the home side who had all the possession, albeit mostly in their half. The North Down defence stood strong and had hoped to get into the first break with a clean sheet however a short corner was conceded in the last few seconds of the quarter and a soft drag flick gave the hosts the lead.

The second quarter began much the same as the first and the Comber men frustrated Garvey with their setup and solid defending. The Comber men grew into the quarter and when in possession, started to create a few problems for the Lisburn defence with Paul Adgey at the heart of most of play in the centre of the park. Good work from Mark Shannon down the right hand side found a foot in the area and the resultant short corner was switched right for Jack Bond to slot under the keeper and make it 1-1 at the break.

The second half got underway and being held for 35 minutes had clearly irritated the hosts. Garvey’s slick passing opened up the North Down defence and a series of short corners led to a 4-1 lead into the final quarter. Chasing a three goal deficit, the visitors stepped an extra man into midfield in Mockford, however straight from the pass back the hosts broke into the circle and made it five against the wrong footed Adam Boyd in goal. There remained chances at the other end with Shannon and Magee coming close but it seemed on the day that in a Garvey shirt, you shot you scored, and it was soon 7-1 and the final whistle.

Not a game that was ear-marked for a thirds win, however they must do better and start picking up points to survive in this league.

Burch Autos Man of the Match was Mark Shannon