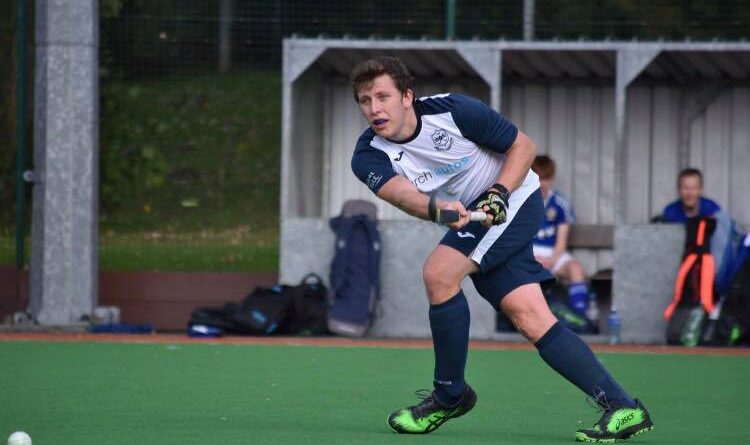 North Down made the long journey to Kilkeel last Friday evening for an 8.00 pm hit off in the first Premier League game of the new campaign.

Playing some of their best hockey for a long time they quickly settled into a rhythm putting Kilkeel under early pressure.  Good play down the right and great crosses in front of goal gave them two early chances but no one was able to get on the end of them.  Against the run of play Kilkeel broke into the North Down circle and Ross Linter’s tackle saw the ball deflect into the air for Aiken to head home. To everyone’s amazement and despite strong protests the umpire allowed the goal to stand. The remainder of the first quarter saw both sides break quickly from defence but neither was able to add to the scoreline.

The second quarter started with two quick goals.  Kilkeel increased their lead when they were awarded a penalty stroke after a corner struck Phil Templeton on the knee.  However North Down rose to the challenge and won corners at the other end and from the second Templeton crashed the ball into the net. Kilkeel were bypassing their midfield as they tried to find their speedy forwards from long overhead passes but the well organised defence held firm.

The third and fourth quarters saw both sides press for goal but again defences held firm. The new look North Down midfield played some neat hockey giving excellent supply to the forwards but clear cut chances were few.  Darren Rodgers then had to be on his toes to block a shot when the centre forward broke through.  With 10 minutes to go and North Down pressing Ross Linter received a nasty head injury.  The Kilkeel supporters offered no sympathy and this lead to North Down losing their focus allowing Kilkeel to hold onto their slender lead.

The final whistle sounded with Kilkeel running out winners by 2-1 but if North Down can build on this positive start to the season they can look forward to a successful season.

Burch Autos Man of the Match was Michael Black