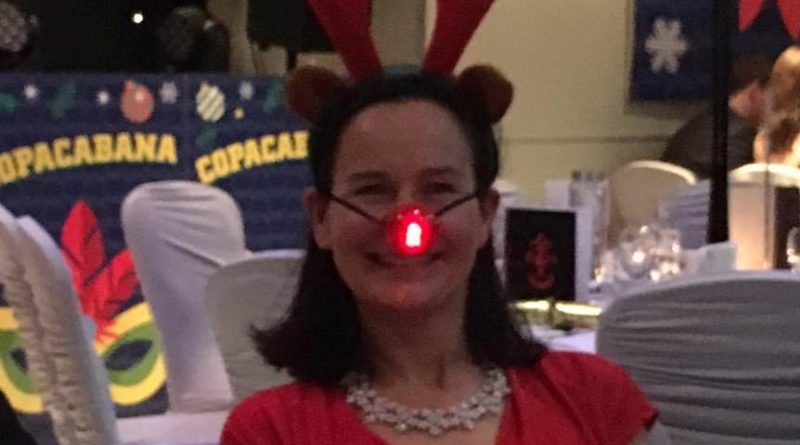 I starting playing hockey at Regent House School in 1989.  My first hockey coach was called Mrs Macdonald, but it was Anita Hiles and Isobel Mills who were my biggest influence at school and in my first years as a teacher at Regent House they taught me so much and made me into the person I am today.

I started at Bangor Ladies in 1984 and loved it there until Gina McFall and a few others decided to take me with them to North Down in approx. 1987.

I was at North Down for about two years before I left for University in 1989.  I played for Queen’s University Belfast 1st XI for three years and was captain in my final year.  The highlight each year was the Irish intervarsity championships, they were amazing fun off and on the pitch and I really enjoyed playing for Northern Irish Universities in the British University Championships.

My hockey ambition was to play with both of my daughters at North Down and I achieved that this year.

Playing against Pegasus in the final of the Winemark Ulster Shield (I think) as 1st XI captain can’t remember the year but probably around 1997.

There is a tie here; Jo Irwin played beside me since our days playing for the SE Area Board team at 16.  I was LM or CM and she was RM.  I always knew where she would be, in case you don’t know she liked the ball to her stick and I complied.  Julie Fisher, I have played with Julie for at least the last twenty years and I always know where she will be too.  Julie is always where you need her and works tirelessly to support you.

These two ladies were and are always there when you need them off the pitch too!

The rough ones you know who – I like nice clean hockey played with skill and finesse not the physical stuff where skill is outweighed by mean or dirty play.

For all my qualifications, there is a list lol, I am truly wick at general knowledge and quizzes, I feel thick – I want Krista please!

Not really as I child my dad supported Liverpool so I did too but know nothing about it.

Both my parents were PE teachers so I love all sports except those I can’t do well at (I am so shallow); I avoid ten pin bowling!

I have sailed competitively at a higher level than I have ever played hockey.  I played squash for queens.  I have or have had coaching qualifications in swimming, powerboating, powerboating instructing, senior sailing instructor, sailing race coach, hockey coach, umpire (C), squash, leprechaun rugby, canoeing, and scuba diving. One of my favourite hobbies is snow skiing, I have skied for over 35 years.

Sailing in the Cadet world championships in Pwllheli Wales 1987 with my wee brother; I met Queen Anne and she asked why I looked so concerned.  I said “I am trying to remember what I have forgotten”, she laughed for ages and I couldn’t work out what I had said that was funny.

Hockey wise it was winning the school’s cup and the all Ireland Kate Russell Trophy (maybe 2000) with Isobel Mills and Anita Hiles as coaches and me as an assistant coach, this was the first time Regent had won the schools cup since the team I had played on at school had won.

Sailing around the Southern Ionian islands on a flotilla cruise.

Summer on a boat. Winter up a mountain.

Too hard don’t want to offend anyone.

Running or walking every day, the odd plank and press-up but nothing to write home about.