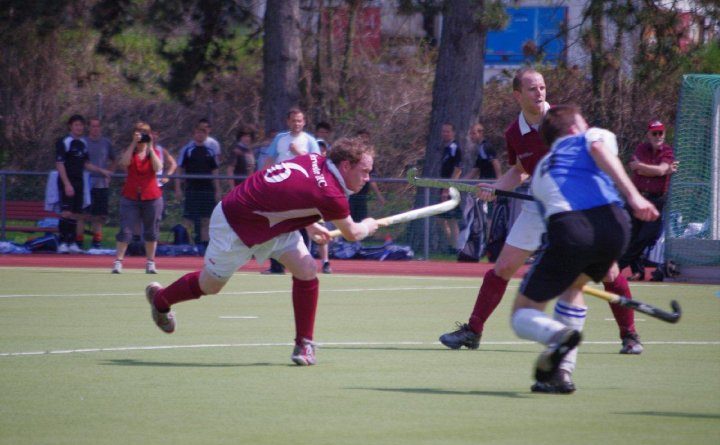 As Gareth McKeown has announced this week that he is standing down from his Director of Hockey post after three years of great work it’s time to include his profile in our new website feature.  And YES! the Qs and As are here.  JR’s have now been updated on her profile so you can have two for the price of one!!  Apologies JR.

I started at North Down at the ripe old age of 8, I got started because of living next door to Simon Hunter. With him and his late father Austin suiting up in old goalkeeping gear. From there a love with the sport began.

Yes I have been lucky enough to play hockey all over the world but probably the ones that stand out are Teddington HC in London, Servette HC in Switzerland and JLHC in Australia. There was even a move to Annadale back in the early 2000’s, but that’s all in the past now.

I have been at North Down possibly 15 years in total, a big gap in the middle but even during that period I would have called North Down my home club.

Now I am the wrong side of 30 possibly just to play and enjoy as long as possible. Over the years I have ticked a lot of boxes but now I just want to enjoy the game again.

Has to be being a part of the team that won the IHT a few seasons ago. It was, I think, my first year as coach, and it was great to see such a mix of players pushing each other through the whole season and it was a well deserved reward for them all.

I have been lucky enough to play with a number of great players at the club. I think Alan Roper was a fantastic player and his stick skills could turn a game on its head very quickly, but I think Paul Johnston needs a special mention as his attitude to winning is fantastic but mostly for the fact that he stops short corners with an upright stick, a skill I have yet to see to be replicated successfully.

Phil Templeton is a must for any quiz team. My glass was never empty the whole night. An unsung hero there.  Jamie Orr strikes me as someone that might be too busy catching butterflies than actually focusing on the questions, that or drooling in the corner.

Anything with a ball I will give a go, and I dabble a bit with some but none to make note of really.

Personal would have to be scoring the winning goal of the final of the euro hockey champs at a short corner after the final whistle had gone. Great feeling!

All time, Darren Clarke winning the British Open. Shows there is chance for anybody at any age if you want it enough.

I went to Australia for basically all of December in 2019. Was a fantastic holiday with all the family together. It’s very rare that my family and my brother’s family will get to see each other so it will always be special when it happens.
Where is your ideal holiday location?

The Alps, snow holidays are the best!
What type of music do you like?

Whatever Alexa wants to play but at the moment the Postman Pat theme song seems to be a bit of a winner in the house.
What is your favourite TV programme?

24, anything bingeworthy.
What is your favourite movie?

I dont read, all good books get turned into movies

Well I run around after 2 kids all day when I am not working but I also run a small gym called Functrain which means I keep active by helping others keep active so I get to do 3-4 gym sessions a day which makes it easy.