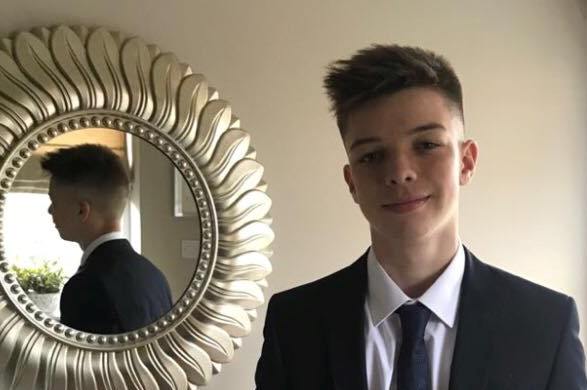 Following on from Linda’s revealing profile we have the dapper Shea Kelly currently in 8th place in the NDHC FIFA 20 football league.

I started playing hockey in 2012 when I started at Regent

I have never played for another club than North Down,  Just love my white and navy!

I have been playing for North Down for 6 years after a few friends from school orchestrated the move in 2014.

It would be nice to give Reece Glover a clean sheet once in a while!

There have been some very memorable moments over the time I have been at North Down but the best has to be listening to Jamie Orr’s wholehearted attempt of a Wonderwall cover at the recent table quiz.

My favourite player to play with so far has been Chris Speers. Chris albeit probably doesn’t feel the same way towards me as my greed takes over sometimes. However he always knows how to get a bite out of the opposition and the drag flicks come in handy too.

Least favourite has to be ******.  Don’t think I need to justify myself and can anyone guess who it is?

Paul Adgey has a good track record winning both the last two North Down table quizzes so ideally he would be in there. I would not want Jamie Orr in my team, he just doesn’t have enough time to study between being a baker and barista!

I follow Manchester United but ideally I can watch them instead when he football comes back?

Football is another sport I am interested in and with the occasional Eddies Five aside appearance, I wouldn’t say that counts as playing

Going on tour with Regent in 2018 to Edinburgh, not the best destination but still had a unreal time.

Zante if it doesn’t get cancelled this summer, always next year….

I have a playlist for every genre, so I guess I just like all music, except for techno obviously. But my most listened to on Spotify is Post Malone!

No other show comes close to The Chase. I will never respect anyone who takes the low offer!

Happy Gilmore would be my favourite, it’s safe to say it’s a classic.

Favourite food has to be a burrito, Boojum just can’t be beaten, and my favourite drink has to be a well crafted fruit smoothie.

Getting back into my running and doing some stuff from home, but my Strava posts will always be in the shadow of Chris Drysdale’s!