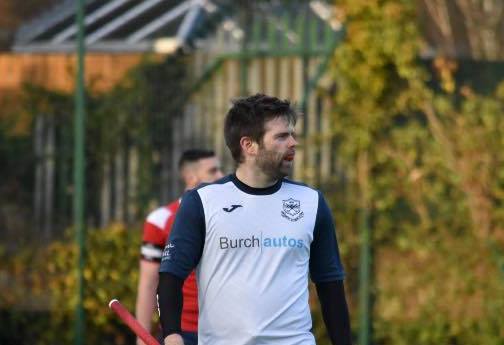 Next in line for our exciting new series of members’ profiles is Ross Blair.  Thanks to Ross for taking part.  Also, thanks to all those who have contributed so far – your profiles are in the can – you may be next!

I was about 7, my friend’s dad was an Olympic hockey player so he got us both into the sport!

I would be nice to actually score a goal for the first eleven seeing as I’m a forward.

Watching Jonny Linter hurl a bowling ball across two lanes, knock down the pins, and proceed to ruin a family’s idea of evening entertainment.

Phil Wilson is not the worst player to have on your team. He’s unselfish, skillful and can finish, but he is also a Wilson which makes this hard to write.

I generally dislike most teams in Ulster hockey but I’ll give the title to ***** and hope none of their players visit this page.  (Guesses on a plain postcard to JP!)

Based entirely on the last NDHC quiz.  On my team: Mark Shannon for an all-round solid performance (minus the pint spillage).  Not on my team: Rachel Mornin for holding a medical degree from a reputable university but believing that the heart is part of the respiratory system.

Not at the minute, thanks COVID-19, but Chelsea when they are playing.

Personal: Playing for Ulster in hockey for the first time when I was 16.

All-time: Watching Usain Bolt dominate the Beijing Olympics on a diet of 100 nuggets at day. #inspirational

Rome. There’s so much to see, the Colosseum is unreal and there’s pizza for days.

Would like to see all 7 Wonders of the World. Was going to see the Great Wall of China this year, although a few bats seem to have had other ideas.

John Mayer, Tom Misch, The 1975 and Queen Ari according to Spotify!

It’s Always Sunny in Philadelphia, Dennis Reynolds has given me a lot of good life advice over the years.

The Dark Knight, for making me believe that with enough money, a masked vigilante is a viable career choice.

In true North Down fashion, you can’t beat a good filet mignon steak from M&S, none of this Sainsbury’s peasantry, and a bottle of Chateau Margaux 1787!

LeBron James, Roger Federer, Cristiano Ronaldo and Tiger Woods. GOATs or should that be GsOAT.

Some cycling, but mainly watching Graham Larmour’s Instagram stories and hoping some of his home workout gains rub off on me.