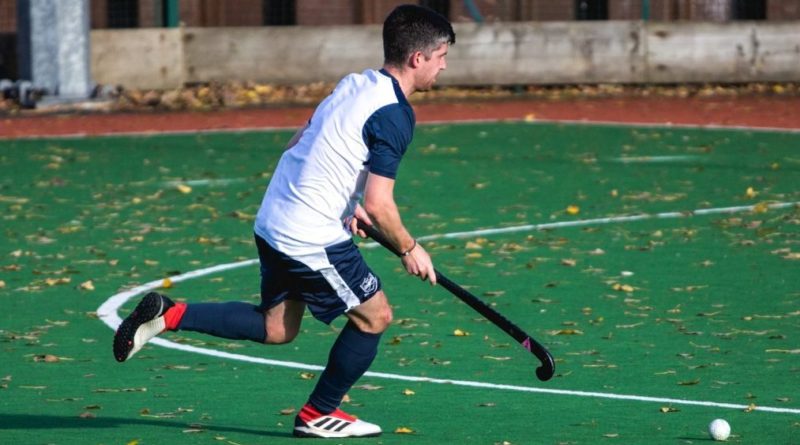 North Down seconds recorded a Junior League One double over a strong Lisnagarvey third string at Hillsborough last Saturday with a 5-3 victory.

Both teams struggled in the first quarter on the heavily watered pitch and defences were on top on the bouncy surface.  It was 5 minutes into the second quarter when North Down made the breakthrough.  Jordan Linter channeled brother Mark from right back before delivering a great cutback to which Mark Shannon slotted home.

It did not take long for Garvey to get back into the game with a well worked short corner and then a rocket from Stevie Magee was disallowed for an earlier infringement.  Just on half time, ace goal scorer Scottie Moore finally made his mark when he put North Down in the lead with a lethal top circle finish to give the Comber boys a deserved interval lead.

Moore was on hand 6 minutes into the second half to put more pressure on Garvey when he scored one of his trademark deflection goals behind his legs and through the keepers’ legs after a Tom Myles effort on goal. The two goal cushion didn’t last long as the determined Garvey team got back into it again to round off the third quarter with North Down 3-2 ahead.

The next goal was important for both sides and 50 seconds into the final quarter Mark Shannon turned assister playing a ball across the goal which a diving Stevie Dalzell put away.  The miss of the game came minutes later when Tom Myles and Scottie Moore somehow contrived to put the ball wide from inches out with the Garvey keeper stranded. The game finally appeared to be put to bed when Moore completed his hat trick by taking man, ball and goalkeeper across the line from a few yards out. Garvey weren’t finished however and came back with 8 minutes remaining to make it 5-3 but North Down took all the sting out of the game to play out the remaining time and leave with full points.

Burch Autos Man of the Match was Scott Moore