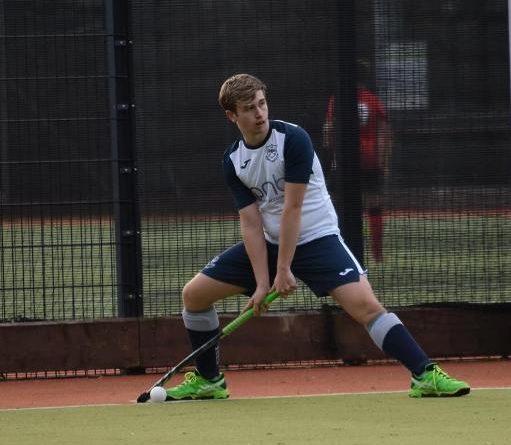 The league winning Lisnagarvey fifths polished off their perfect season with a very tight 3-1 victory at Hillsborough last Friday evening.

North Down were forced into a formation change and played the game as a 3-4-3 all match, the key to the change was the discipline of the defence.  Paul Revill playing his comeback match did not put a single foot out of place, marshalling the defence like he has never been away and Michael McClelland grew into the game keeping the skilful Garvey front line at bay.  Ben Long had his best game for the Club and even managed to orchestrate full attacks. Ryan McKee in goal completed the defensive line up and made a number of key saves and interceptions.

The first quarter was nip and tuck with little between the sides but Garvey finally scored a breakaway goal with 30 seconds left.  The pattern continued in the second period and yet again Garvey stole a goal right on the interval whistle to go in 2-0 up at half time.

North Down came out determinedly after the break and were certainly not taking a backward step as they found themselves creating a number of good chances. Sam Pyper broke into the Garvey 25 and just missed out on his pass which would have set Bond away for a one on one.  Matt Murray also narrowly missed a goal after a wonder save from the Garvey keeper.
However yet again Garvey were awarded a generous short corner on the third quarter whistle.  Their entire team went up and they scored the goal to make it 3-0 leaving the visitors a little hard done by.

Into the final quarter and North Down dominated for the rest of the game.  Some great work down the right from Sam Pyper fed Simon Wilcock into the circle who squared to Andrew Linter and his brilliant first time shot fired right into the corner for 3-1.  The Comber boys continued to press the rattled Garvey team but just couldn’t get the second goal which would have made the last 5 minutes interesting.
Garvey fifths have been a class act all season and finished the season with a 100% record but they were made to work hard for the final victory.

Burch Autos Man of the Match was Ben Long