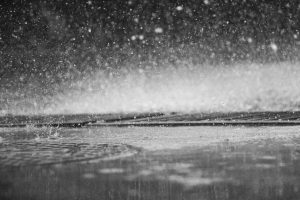 North Down entertained Bangor in a Premier League game on Saturday at Comber Leisure Centre.  Unfortunately just before the game commenced the heavens opened and the pitch began to flood. North Down members worked tirelessly to clear the surface water and the umpires agreed to start the game but with the rain continuing to fall had no alternative but to abandon play at half time with North Down leading by 3-0.  It is now down to the Competitions Committee to make a decision.  Does the result stand or does the game resume with 35 minutes remaining and the scoreline at 3-0?  Similar situations in the past have seen visiting teams recalled to play out the game.

In the first quarter North Down dominated play and strolled into a 3-0 lead with Josh Gilmore getting a brace and Davy Morris scoring from a short corner.  Further opportunities fell to Phil Templeton and Gareth McKeown but these were squandered.  The second period followed a similar pattern with the North Down goal under no pressure.  North Down were happy to keep possession and control the game, however they were unable to increase their lead.  With water beginning to lie as the half time whistle went the umpires decided that conditions were becoming too dangerous and abandoned the game.