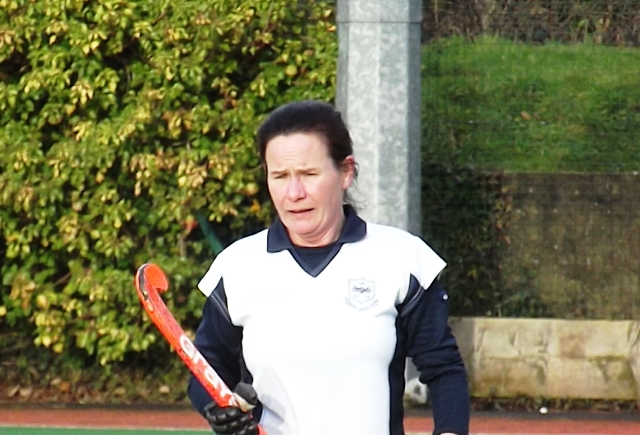 Last Friday night North Down ladies fourths welcomed their Harlequins counterparts who are currently sitting top of Junior League Five. As expected Harlequins rolled out their Ulster and Ireland vets players so North Down knew they had to play their socks off if they wished to earn some points.

The game was fast and the Belfast team constantly attacked the local girls’ defence being awarded short corner after short corner.  However, the home back line remained focussed clearing balls to perfection by removing Quins dangerous play each and every time. Defending was exhausting but after what seemed to be a record number of short corners during the first half of the game the score remained 0-0 at half time.

The tiring North Down team fought for the remaining 30 minutes of the second half. Kathy Taylor dominated the centre marking out her two Ulster and Quins’ allies out of the game which was a great relief to her team mates. Tara Dixon was still hungry for a goal determined to chase after every opportunity in an attempt to have her name on the score board but it just wasn’t to be. Keeper Nikki Ferris was on fire reaching for dangerous loose balls and keeping her goal intact! Although it was not a win, the ladies fourths felt on top of the world after keeping the score 0-0 at the final whistle to a team who are still top of the league table.

Burch Autos Player of the Match was Kathy Taylor