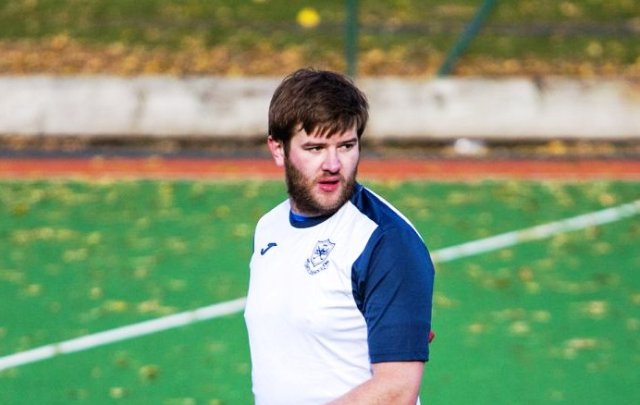 North Down thirds made the tricky trip last Saturday to Cookstown for a late start in the McClements Cup.

With Jason Purvis holding discussions with the local constabulary the Comber men started with an 11 man squad. After 2 minutes the strong unfamiliar looking 15 of Cookstown went one up and shortly after made it two with some loose North Down passing. The visitors feared the worst as several senior home players ran the show. Not to be outdone, North Down got back in the game with some counter attacking hockey of their own and a great run by Stephen Magee setup the in form Mark Shannon to tap home from close range. At half time it was 2-1 although if it were not for the heroics of Jamie McAuley in goal it could have been several more.

If conditions were already bad, the second half brought nothing but monsoon like wind and rain. Yes Storm Ciara had arrived and she was wearing red! Cookstown dealt with conditions much better than the Comber boys and when they notched two more goals the Comber side’s heads dropped. Soaked to the skin, freezing cold they just could not motivate any kind of performance to challenge this very good Tyrone side. The flood gates had opened literally and the men in red passed through the visitors’ side with ease and with some excellent finishing made the final score 7-1.

Burch Autos Man of the Match was Jamie McAuley