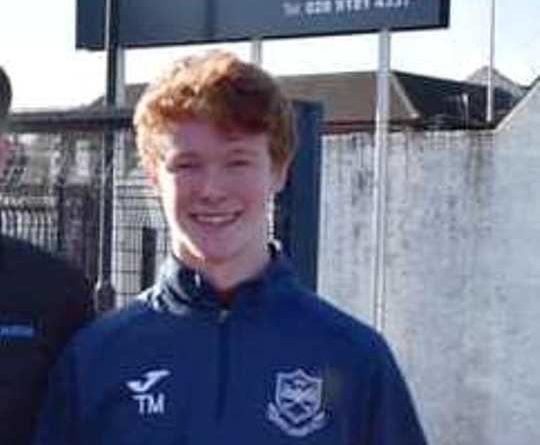 Storm Ciara’s belly brewed as did the belly of the Bearded Beast from the East Dazzler Dalzell who will blow and blow Bangor’s defence down. The whistle blew and in usual North Down seconds world record breaking fashion-‘how early can we concede first’ the BT20 men rattled the onion bag early doors. With thoughts from the past seemingly looking to come true, action had to be taken. Moves were made, goals scored and, after playing what seemed to be 20 minute quarters, the beans and gravy were up 5/6/7/8/9 who knows who cares?  To supersummarise, Bangor got annoyed at each other, scored a banging drag flick, conceded a copious amount of goals, left the pitch, went home and slept hoping they would not be visited by the ghost of Myles the ‘how did he do that’ friendly ghost.

Moving on, like minded comrades who need not be mentioned, can only evoke a number of key highlights in the match which shall be pondered at leisure. Highlights include; the assist maestro Robocop Brucey Rich Willis pulling off a robust performance despite some software tissue damage to his internal circuit board.  Mr Coolasyoulike Tom Austin Powers Myles who showed he still has his mojo bagging another 3 golden eggs in the basket, giving the crowd an ‘oh yeah baby’ with his skills of an obscene nature. The soul destroying Crixus ‘it didn’t dip’ Speers reinforced his stamp as North Down No. 1 spear flicker scoring twice, but came off wondering how it was twice and not thrice.

And finally to the main gobstopper scene, what the crowd pays to see, the full Monty, the…need I go on? The highlight of the game was a sublime banana splitting zoomer ball from an unknown entity to an ironically zoomer number 9, the two touch Stevie Wonder Magee who needs no look to find the keeper’s hand who helped sent it to the back of the net which is supposedly a new 2020 tactic. It was a ‘Bangor’ of a game, final score: 7-2!

Burch Autos Man of the Match was Tom Myles (again!)