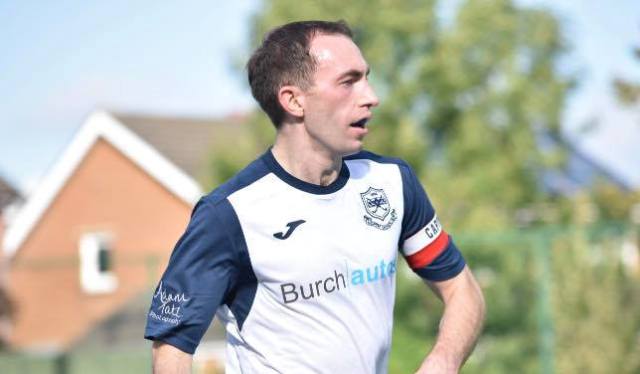 North Down travelled to Portadown on Tuesday evening for a rearranged Premier League game.  A late pitch inspection by the umpires allowed the game to go ahead  despite a slight frost.

North Down opened the game at a fast pace and took early control pushing Portadown back into defensive mode.  A good move down the right saw Ross Linter cross to Josh Gilmore who controlled the ball and clinically beat the keeper from close range.  North Down added to the scoreline just before the end of the first quarter following a short corner with McKeowns effort being deflected into the net by Michael Black.

The second quarter followed a similar pattern with North Down dominating play but were denied on a number of occasions by the brilliance of the home keeper both from corners and open play.

In the third quarter Portadown came more into the game and tested the North Down defence.  The closest they came to reducing the arrears was from a well worked corner but were denied by a brilliant Jordan Linter goal line clearance

At the beginning of the final quarter North Down increased their lead.   A brilliant 50 metre overhead from Jonny Linter found Jamie Orr in space.  He controlled the ball and slipped to James Clark who had a clear run into the circle.  His shot at goal was deflected off a defender past the helpless keeper.  Portadown were throwing everything forward and thought they had reduced the arrears but their effort was disallowed by the umpire for feet.  With the game being stretched, North Down were finding gaps in the Portadown defence and a great move ended with Gilmore providing the perfect pass to Robbie Davidson but he slapped the ball over the bar from close range.  Portadown won a series of corners but Rodgers and his defence held firm. With 10 minutes remaining Portadown did pull a goal back when the centre forward scored with a strong reverse shot.  Despite their constant pressure in the final minutes Portadown were unable to breakdown a solid defence