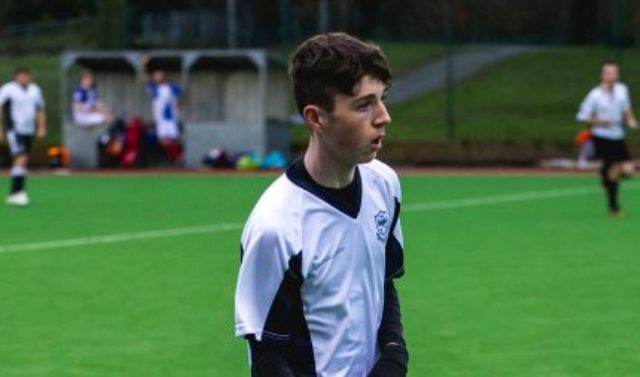 North Down fifths entertained CIYMS seconds in Comber last Saturday and unlike in recent encounters CI had a genuine team out as their first eleven were playing at the same time.

North Down were confident from the outset until as soon as the whistle went it looked like this was their third game ever and their first together. In the first quarter they struggled to string more than two passes together but after some guidance at the quarter break they did look much better in the second period pressing the CI defence and winning a number of short corners. Ryan McKee in goals was rarely called into action but, when he was, he was alert and cleared the ball well with his kicking. The first half finished still scoreless with no real chances for either side.

North continued to improve, stringing more passes together, switching play and had the lion’s share of the opportunities until CI went ahead at a short corner.   After an initial flick was saved, their second shot struck Gavin Rogers on the line just rolling over for the opening goal.  Andrew Linter restarted the game and the fifths within minutes deservedly equalised after some excellent work down the right by Jamie Consiglia who for the second week created an excellent assist to Linter who finished smartly.

With an hour gone the North Down midfield and defence switched off allowing CI to waltz into their circle and smash the ball past McKee.  Only seconds remained when the fifths forced two short corners from the second of which Michael McClelland kept a cool head and lobbed the CI keeper from 8 yards out to snatch a late equaliser.

Burch Autos Man of the Match was Ben Irwin.