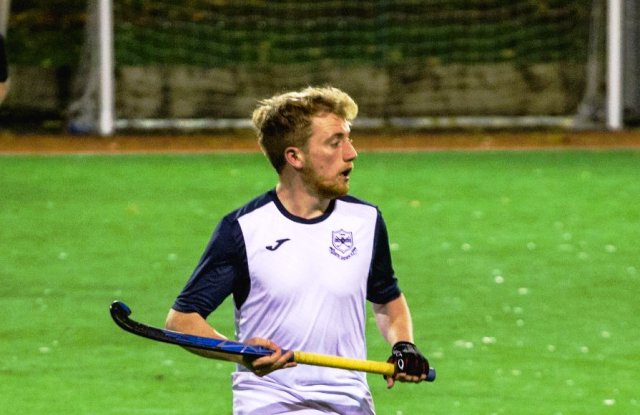 A depleted North Down seconds squad made the tough trip to Banbridge on Saturday to play their thirds in a Junior One fixture.

With a number of players unavailable the seconds had to settle for a reduced squad of 12 players but despite this they started the 1st quarter seemly in control of the match without turning their possession into goal scoring chances. Against the run of play Banbridge managed to score first and the quarter ended 1-0.

North Down started in the second quarter in the same vein as the first but crucially started to create some chances on goal with Richard McMillan nearly converting from a sumptuous Stephen Magee aerial that put him straight though on goal. Not long after, the seconds finally made the breakthrough when Michael Orr crossed from the right for Tom Myles to convert. The score remained 1-1 at the half time break.

After a half time chat where it was agreed that the next goal in the game would be crucial, North Down duly delivered courtesy of Michael Orr once again crossing from the right this time for Shea Kelly to tap in and give North Down the lead for the first time in the match!

Going into the final quarter North Down started to tire and were hoping to rely on a half court press to see the match out. Unfortunately this resulted in Banbridge winning a series of short corners and after a number of good saves Reece Glover was finally beaten by a Banbridge drag flick. North Down did push for the winner but no one was able to get the vital touch in the circle with a number of chances to win the match going begging and the match ended 2-2.

Burch Autos Man of the Match was Michael Orr