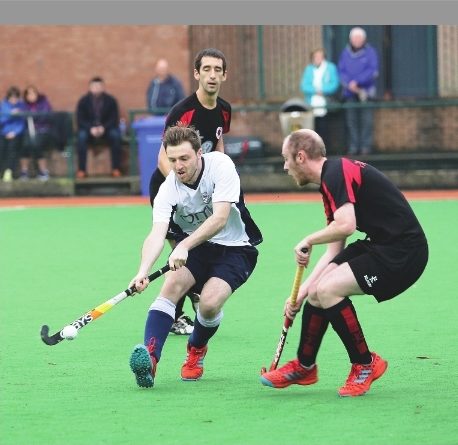 North Down travelled to Newry on Saturday to fulfil a Premier league fixture against the locals. In a competitive game the home side just about shaded it although had North Down taken their early opportunities the scoreline would have been very different.

North Down opened the stronger putting Newry some early pressure. After10 minutes a flowing move involving David Morris and Jonny Moore saw Scott Moore finish off the move with a simple tap in at the back post.  Shortly afterwards Phil Wilson was unlucky not to increase the visitors’ lead when his shot came back off the post.  Again Wilson was unlucky not to get a touch at the back post when the ball came to him from a pinpoint cross from the right. Newry, having ridden their luck, broke to the far end of the pitch, found space on the right of the circle and scored the equaliser with a strong reverse shot.

In the second quarter North Down seemed to have scored following a melee in front of the Newry goal but somehow the ball failed to cross the line.  Newry were coming into the game and creating problems for the visitors’ defence.  They won a number of corners and eventually Darren Rodgers was beaten with a strong flick into the corner of the net for the home team to go 2-1 up.

The third quarter was evenly balanced with both sides winning corners but the defences held firm. In the final quarter Newry added a third again from a short corner with the ball being deflected into the net off Gilmore’s stick.  North Down pushed hard to reduce the arrears but Newry cleverly played out time to secure the points.