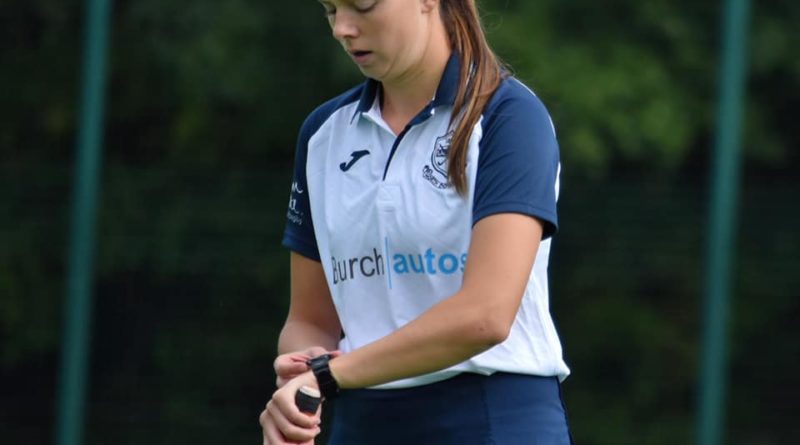 The ladies first eleven travelled to Ballymena Academy to face a strong Ballymena side. The last time the teams had played each other was in the Premier League playoff when Ballymena got the upper hand on the North Down team.

The match started with North Down setting a high tempo which Ballymena readily matched to put North Down’s defence under pressure. From a great defensive turnover by Alex Boyd and Caitlin Taylor the ball was rapidly taken by Selina Lewis who with Olivia Brown was able to feed Amy Kimber who had a one on one with the keeper and won a penalty corner. A strong Ballymena side was able to intercept and led to the corner being unsuccessful.

In the second quarter the Ballymena side increased the pressure on the North Down defence intercepting a pass and scoring the opening goal. North Down tried to match Ballymena’s pace with a great run from Olivia Brown who linked up with Rachael Murphy who was able to take on the tough Ballymena defence. Another surge of fast play from Ballymena led to another goal scoring opportunity where Heather Brittain was able to stop the ball from going over the line and to clear it with the help of team mate Rachel Mornin. Shortly after, Ballymena went further ahead from a penalty corner. A strong strike from Ballymena was initially saved by keeper Nicky Ferris but a Ballymena striker was able to swiftly slap the ball into the back of the goal making the score 2-0.

In the third quarter North Down came back harder after an encouraging and motivating team talk from coach Glover and skipper Lauren Brown. North Down attacked well when a great run from Bethany Burrows linked up with Natalie Wallace who drove into the Ballymena circle and win a penalty corner. A well injected ball out to Lauren Brown let her place an accurate ball at the right post which Alex Boyd turned into the back of the net for her first North Down goal.

The pace was high in the final quarter with both teams looking to secure the win.  Katie Moore linked up with Isla Lockhart who used her speed to take on the Ballymena defence but a quick turn over from Ballymena led to a breakaway goal with a strong finish from the Ballymena striker. North Down fought hard to try and match the home side but finally ran out of time and the match ended 3-1 to Ballymena.