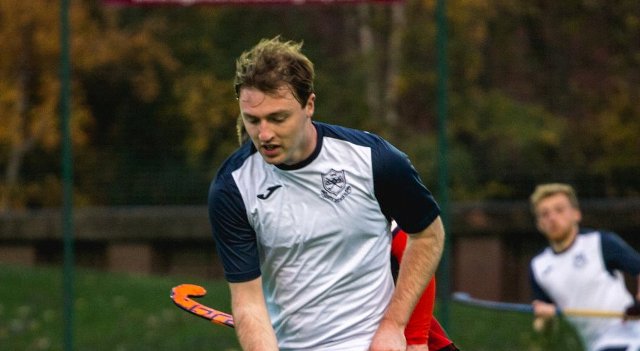 North Down entertained Annadale in their final Kirk Cup game at Comber Leisure Centre and were unlucky to lose by two goals to one.

North Down matched Annadale in all aspects of their play and must be very pleased that they restricted goal scoring opportunities to efforts from short corners.  Both teams shared 12 penalty corners and it was Annadale’s ability to convert that was the difference between the teams in the end.

The first quarter was played out in midfield with neither side creating any chances. In the second period North Down took a deserved lead when David Morris played a great ball through to Josh Gilmore at the edge of the circle. The big striker swivelled and crashed a superb reverse shot into the corner of the net.  Minutes later, the ball was worked down the right wing and an accurate cross found Gilmore two yards out but he failed to get a clean touch and the chance was gone.

Annadale equalised at the beginning of the third period from a short corner.  The strike was partially stopped by Larmour but the ball crossed the line.  North Down went close but their efforts from corners went agonisingly past. Annadale got the winner ,again from a short corner, in the final quarter when the ball deflected into the net off Darren Rodger’s pads,  North Down pushed hard for the equaliser but were unable to break down the Annadale defence.