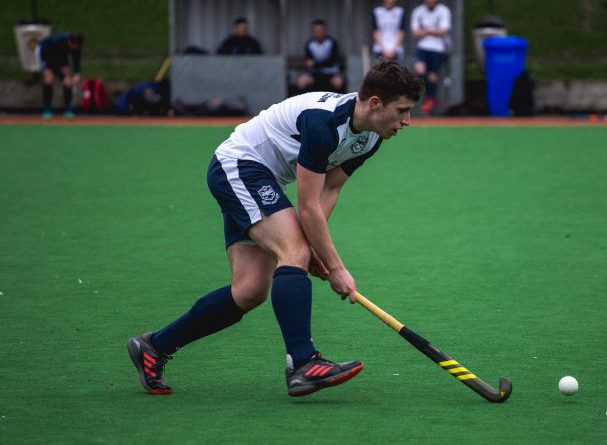 North Down made the long trip to Donegal last Saturday to play Raphoe in a Kirk Cup group game.

Despite controlling the game for long periods, North Down were unable to break down a resolute home defence in which their keeper was in tremendous form making a number of outstanding saves.  North Down opened at a fast pace and saw some shots at goal go high and wide.  Totally against the run of play, Raphoe took the lead. Jonny Linter conceded a needless corner and McNulty scored with a crisp shot from the resulting corner.  North Down then won a number of corners but despite intensive midweek practice on this skill their routine let them down.

The second half followed a similar pattern with Raphoe defending deep and happy to clear their lines with the long ball.  North Down’s build up was too slow allowing Raphoe plenty of time to get their defence set up. However they continued to win corners but the Raphoe keeper, having a blinder, saved everything that North Down threw at him.  With time running out and North Down pressing, a long clearance found a lone attacker and although Phil Templeton had an opportunity to clear, the centre forward increased the home side’s lead.  In the last minutes Raphoe had another opportunity to go further ahead but they missed an open goal.

This was a disappointing result for North Down who had over three quarters of the possession but credit must be given to the Raphoe keeper and his defence.