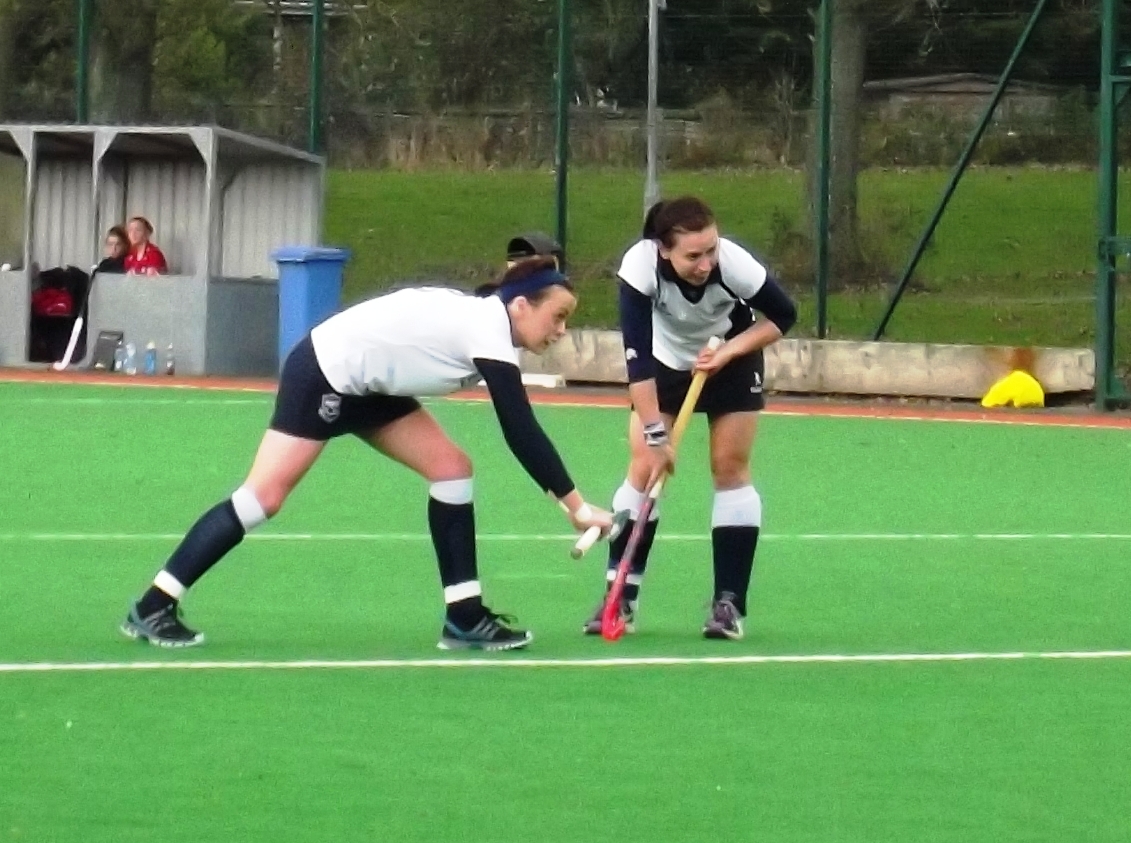 North Down welcomed fourth placed Ballymena to Comber Leisure Centre last Saturday for a crucial league game.  With Larne playing Portadown later in the day, the chance was there for North Down to move into third place providing results went their way.

The game started with North Down winning two early penalty corners. The first was defended well by the Ballymena defence. The second was a straight hit from Rebecca Mitchell – Cram which took a deflection off a Ballymena stick, bobbled over the keeper and Rachel Lucas was at hand to slap the ball into the empty goal. However, the umpire ruled it out for a lifted shot and although North Down protested he wasn’t for changing his mind! The rest of the half ebbed and flowed and Ballymena created the best chance of the half but Chrissie McKee produced a world class save when needed.  Under sustained pressure, Rachel Mornin had her best game in a North Down shirt and the other defenders Selina Lewis, Rachel Hutchison and Bethan Brittain repelled everything that Ballymena threw at them. With the score 0 – 0 at half time the North Down emphasis was for the forwards to be a bit more clinical in front of goal and to keep the pressure on the Ballymena backline.

Ballymena shocked the home team with a goal ten minutes into the second half from a penalty corner. This came after Chrissie McKee again thwarted a Ballymena forward with a great diving save at the player’s feet but somehow the umpire gave a penalty corner after a dramatic dive.  This gave North Down the impetus to get right back at Ballymena and they immediately levelled the score with a goal from Mitchell – Cram when a great strike from the top of the circle to the bottom corner gave the Ballymena ‘keeper no chance.  In the last twenty minutes North Down were encamped in the Ballymena half but they just could not get that vital second goal.

Much to North Down’s disappointment, the game ended 1-1 with the Comber girls feeling that this was two points dropped rather than one gained. A great team performance again from North Down and some stand out individuals as well.

North Down now head to third placed Larne at Larne High School this Saturday hoping for a win which would take them above their rivals.